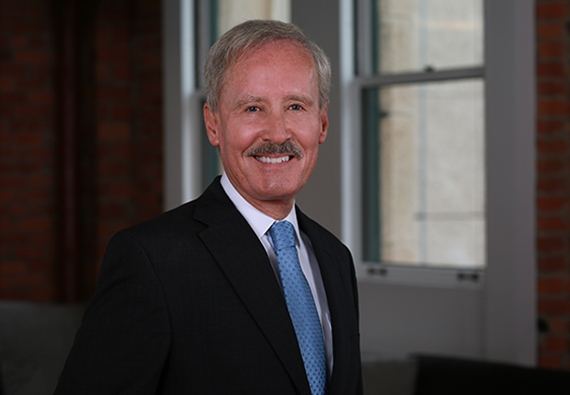 Chief Magistrate Judge Spero of the United States District Court for the Northern District of California appointed Farella partner Doug Young as the Special Master charged with overseeing implementation of the injunctive relief ordered by the court in this landmark class action regarding coverage of behavioral health claims.

Represented current CFO of a publicly traded company in connection with internal disputes and issues with regard to public filings and SEC inquiries.

Retained to counsel and assist the Office of the California State Public Defender in dealing with certain professional-responsibility issues arising out of post-filing investigations of documents filed in connection with a writ of habeas corpus. Issues must be handled in both superior court and in the State Supreme Court.

Counsel for former PG&E executive and subject/target of parallel federal and state investigations, as a key trial witness in state court action alleging discrimination by PG&E in awarding contracts. Successful motion for protective order in May 2017, followed by further law-and-motion activities during jury selection in June 2017.

Counsel for a Hitachi Automotive Systems executive in this high-profile antitrust cartel investigation by the U.S. Department of Justice Antitrust Division.  Based on the Farella team’s efforts, the client has not been charged in the case and his identity remains confidential.

Represented former CFO in U.S. DOJ prosecution and parallel SEC case relating to alleged backdating of stock option grants and tax evasion counts. Though she faced a potential sentence of up to six years, Ms. Abrams ultimately received a much more favorable sentence of only four months in custody.

Representing several individuals in the ongoing antitrust investigations into alleged collusion in the auto parts industry.

We represented a former software company CEO in defense of a civil enforcement action brought by the SEC alleging accounting improprieties. After obtaining a ruling on summary judgment that significantly narrowed the claims against our client, we negotiated a favorable settlement with the SEC.

Represented a high-level Korean national executive at Samsung in one of the first in a recent spate of prosecutions by the DOJ Antitrust Division for violation of the Sherman Antitrust Act, Section 1, through participation in alleged cartel conspiracy to fix prices for DRAM semiconductors sold in the United States.

We worked with the ACLU to set aside a sweeping permanent injunction issued against alleged members of West Sacramento's 'Broderick Boys' gang. The permanent injunction covers 80% of the city, imposes a lifetime 10 p.m. curfew and affects over 350 individuals, most of whom were never provided notice of the injunction or an opportunity to oppose its imposition. (Pro bono)

We thwarted an attempt by the owner of The Silverado Resort in Napa Valley to terminate our client's long-term management agreement.  We also provided pre-litigation counseling on a variety of property management issues, and general business counseling on the management of the luxury resort.

In these parallel civil/criminal proceedings, the firm represented the CEO of Avant!, who was among several individual defendants alleged (along with the corporation) of having been involved in the theft of source code belonging to the plaintiff/“victim.”  The issues involved Integrated Circuit Design Automation, defined generally as the field of automated software tools for the design and creation of sophisticated integrated circuits.  The case settled favorably for our client.

For 18 years served as a court-appointed member of the Federal Criminal Justice Act panel to represent indigent defendants at the trial level. Multiple federal trials and other representations. Also appointed by federal courts, at the trial and appellate levels, to represent three individuals on California’s Death Row: one three-week trial and two Ninth Circuit arguments.

Represent individual as defendant in two state and one federal fraud action in connection with operation and insurance coverage for Army bases on East and West coast bases.

Farella’s Doug Young, a fellow and past president of the American College of Trial Lawyers, participated in ACTL’s first Diversity in the Trial Bar program bringing together its fellows and 50 participants — women...