Kelly Matayoshi moderated this live webinar presented by the Barristers Club of the Bar Association of San Francisco, "Interested In Being a Judge?" on June 25.

Details
If you are interested in being a judge, or think you may want to be one later on, this is the panel for you. The program will start with an in-depth moderated discussion with California’s Judicial Appointments Secretary Martin Jenkins, who is in charge of vetting all judicial candidates for Governor Newsom. He will describe what it takes to become a judge and stand out amongst a crowded pool. Following the conversation with Justice Jenkins, he will join a larger panel with Justice Teri Jackson of the court of appeals, and Judges Harold Kahn and Daniel Flores of the superior court. This panel will focus on each judges different experiences to reach the bench, and their advice on how you can do the same. 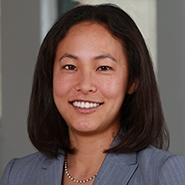 Nonprofit Websites and Terms of Use - Best Practices and Common Pitfalls

Welcome to EO Radio Show – Your Nonprofit Legal Resource . Happy New Year, everyone!  In episode 26, Cynthia Rowland and her guest Nate Garhart discuss websites and terms of use and the legal concepts...

Welcome to EO Radio Show – Your Nonprofit Legal Resource . I’m happy to have my colleague Nate Garhart back for a discussion on privacy laws and how they affect website content development, as...