The court granted UEBT's motion for class certification in August 2017.

In December 2019, the parties reached an agreement to resolve the lawsuit. The court granted final approval for a $575 million settlement in August, 2019, as well as the adoption several reforms aimed at curbing anti-competitive practices.

After delays due to COVID, they are now working with claimants to allocate the settlement.

This webinar is an opportunity to hear from the key lawyers who successfully challenged Sutter Health's contracting practices in this mammoth case:

Dr. Leslie E. Schafer, Managing Director of Econ One Research, Inc. who worked with Dr. Jeffery Leitzinger on class certification and damages for the case, will moderate this panel discussion about case strategy and other aspects that were critical to their success for a case lasting more than five years. The discussion will cover topics such as arbitration agreements, liability theory, managing across multiple law firms, and how to calculate damages in a complex, extremely data-intensive case. 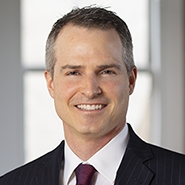 Farella Braun + Martel is proud to announce that Christopher Wheeler and Karen Kimmey were honored among the 2022 “California Lawyer Attorneys of the Year” by the Daily Journal for their role in the...