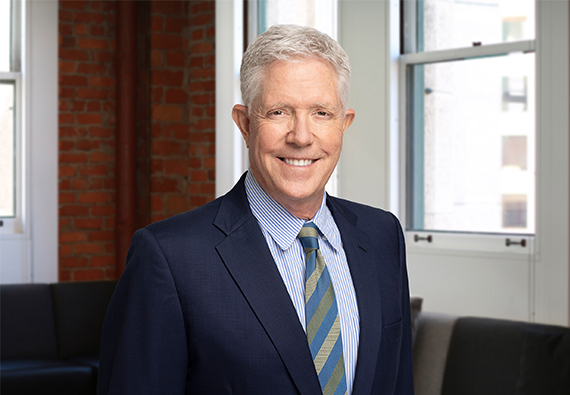 Represented an NFL football team before the trial court, Court of Appeal, and California Supreme Court in a high-profile employment dispute turning on the enforceability of a coach’s arbitration agreement. We confirmed the underlying arbitration award, prevailed on appeal, and successfully opposed Supreme Court review.

Represented international design firm Pelli Clarke Pelli Architects, Inc., designer of the San Francisco Transit Terminal, in numerous lawsuits related to the adjacent 400-unit Millennium Tower. The 58-story luxury condominium complex has been sinking and tilting since its construction. A tentative settlement was reached among the fifty-plus parties in August 2019 after almost four years of litigation.

Defended Mitsubishi Heavy Industries in a high-profile international arbitration against claims of $7.6 billion brought by Southern California Edison and its partners, arising out of the closure of the San Onofre Nuclear Generating Station.

We represent the inventor and patent holder for using Botox (botulinum toxin) to treat migraine headaches, in a suit concerning the scope of royalties for follow-on (improvement) patents.

Representing the company owners, parent companies, affiliates and family trusts in defending over 14 separate proceedings brought by the bankruptcy trustee on a variety of theories.

Defended Chiron against claims for $100 million regarding investments in a start-up company producing an inhalable antibiotic that would compete directly with Chiron's product.  We won the case on an Anti-SLAPP motion.

Served as local counsel and then lead trial counsel representing the Chiron Corporation (now Novartis) in a patent trial in the Northern District of California involving a Chiron drug-device combination patent. A permanent injunction was entered against the defendants.

Obtained a favorable settlement for Chiron (now Novartis) in this case asserting cross-claims about the rights of the parties under their collaboration agreement regarding the nucleic acid testing of blood.

Represented the County of Alameda in connection with the development of a high rise acute care facility on its urban hospital campus in Oakland. Farella substituted into pending litigation for the County's prior counsel and resolved claims for tens of millions of dollars among the County, the general contractor and subcontractors.

Represented Obayashi, a large international contracting firm, in connection with a $30 million dispute relating to the construction of a chip-making demonstration facility.