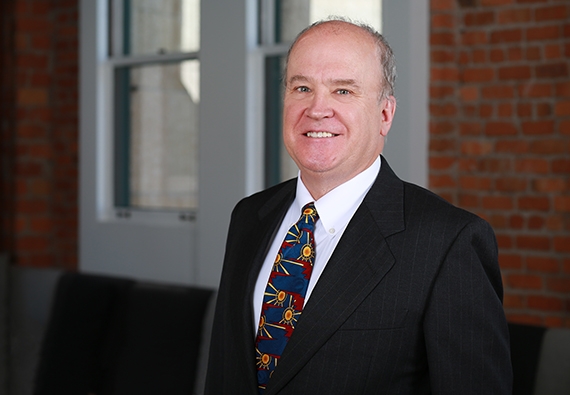 During periods of widespread economic disruption such as the present, operating businesses must be able to identify and respond to threats to the financial health of their contracting counterparts in order to protect key company assets. For companies that license intellectual property from third parties, such as copyrights, trademarks or patents, the bankruptcy of a licensor could have a serious impact on the company’s ability to use those assets, which in turn could materially impair the value of the company assets or significantly hinder a company’s ability to serve its clients.

The United States Bankruptcy Code (11 U.S.C. Title 11) provides debtors in possession (a technical term for an insolvent licensor once it files for bankruptcy) or trustees of a bankrupt estate with two significant tools designed to protect and facilitate the orderly reorganization or liquidation of the bankrupt estate: the automatic stay and the ability to assume or reject executory contracts. Both of these tools may threaten the value and operation of an inbound license from the debtor and provide the licensor with significant leverage.

The moment a debtor files for bankruptcy, Section 362 of the Bankruptcy Code provides an automatic stay of all actions against the debtor or the property of the debtor’s estate, which provides relief to the debtor so it can effectively reorganize or administer the estate without contentious interference from creditors. The stay also helps the debtor’s creditors as a whole by preventing any one creditor from racing to secure the value of the estate’s assets for itself to the detriment of the debtor’s other creditors. Once a licensee is on notice that a bankruptcy case has been filed, any willful violation of the automatic stay could result in actual damages, including attorney’s fees, and potentially punitive damages in excess of the actual harm suffered being awarded to the debtor.

Therefore, the exercise by a licensee of normal contractual and self-help remedies can overnight become a minefield. As a result, a licensee considering how to protect itself against a licensor that may be in bankruptcy must presume the automatic stay is in effect and consult with counsel on how to obtain relief from the bankruptcy court.

Section 365(a) of the Bankruptcy Code provides that, subject to certain limitations and qualifications, a trustee or debtor in possession “may assume or reject any “executory contract” or unexpired lease of the debtor.”

Note that this right of acceptance or rejection is entirely one-sided: in this case only the bankrupt licensor (in the form of the trustee or debtor in possession), and not the licensee, has the power to reject a contract. If the trustee or debtor in possession chooses to assume an executory contract, then the bankrupt licensor must continue to perform under that contract as it ordinarily would. So far, no blood, no foul.

Rejection, on the other hand, does not terminate or repudiate contract; rather, rejection relieves the licensor from its obligations to perform, though the licensor is considered to be in breach of the contract. Rejection effectively places the licensee in the position of a party whose counterparty has breached its contract, however, the non-debtor party can only seek damages and not specific performance. This is likely to be cold comfort for the licensee: if a licensor rejects an executory contract, the licensee can sue the bankrupt licensor for damages for nonperformance post-petition but the licensee will be treated as a general creditor of the debtor (and therefore very likely to receive pennies on the dollar), but will not be able to seek specific performance so as to continue using the intellectual property.

Is an Intellectual Property License ‘Executory’?

The critical question in determining whether bankrupt licensor can reject a license is whether the license is “executory”. A contract is generally considered “executory” if there remain significant unperformed obligations by both parties to the contract. Whether a contract is executory will depend on the terms of the contract and the bankruptcy court’s analysis of the ongoing obligations.

Non-exclusive licenses, which may be critical to a licensee’s operations and mission, have also been found by courts to be executory where the license has included further obligations to be performed by each party, making them subject to potential rejection by the licensor.

All Is Not Lost: Special Rights of a Licensee in a Licensor’s Bankruptcy

Section 365(n) provides that if a trustee or debtor in possession rejects “an executory contract under which the debtor is a licensor of a right to intellectual property,” the licensee may:

(i) treat license as terminated and assert a claim for breach of contract; or

Trademarks and trade names are conspicuously absent from the Bankruptcy Code’s definition of “intellectual property”, which for a period of time left licensees of trademarks without the protections of Section 365(n). However, in 2019, the Supreme Court of the United States held in Mission Product Holdings Inc. v. Tempnology, LLC that a debtor’s rejection of a trademark license under Section 365 of the Bankruptcy Code amounts to a breach of the license agreement and the licensee retains the rights to the licensed marks for the remainder of the license term, which prospectively provides that licenses of trademarks will receive the same treatment as licenses of other “intellectual property” under Section 365(n).

Limits to a Licensor’s Protections Under the Bankruptcy Code

Despite its broad protection for intellectual property licenses, Section 365(n) does not make a licensee whole. It essentially freeze’s the licensee’s rights to those it could exercise on the immediate eve of the licensor’s bankruptcy.

And although Section 365(n) and its related jurisprudence provide protection to licensees of intellectual property, if non-bankruptcy law requires a license of intellectual property to be recorded and the licensee has not done so, Section 544 of the Bankruptcy Code may allow the trustee or debtor to avoid the license notwithstanding Section 365(n).

For instance, under the Copyright Act, an exclusive license is considered a “transfer of copyright ownership” and is therefore subject to the recording requirements of the Copyright Act in order to maintain priority over subsequent transfers. If an exclusive license of a registered copyright is not recorded with the U.S. Copyright Office, the Bankruptcy Code may still allow a licensor to avoid the license.

What Can a Licensee Do?

If a licensee suspects that a licensor of key intellectual property may go bankrupt, it should consider the following actions:

In general, licensors who may be exposed by a licensee’s bankruptcy should be proactive if they fear that a licensee may be facing bankruptcy and should consult counsel early in the process to evaluate the potential impact of the automatic stay, the licensor’s ability to reject the license, and any impact that a lack of recording of the license may have.

The COVID-19 pandemic and public health efforts to combat it will impact different wine businesses in different ways. Those that depend on on-premise and direct-to-consumer (DTC) sales, such as restaurant, hospitality, and tasting room...

The coronavirus pandemic and public health efforts to combat it will impact different wine businesses in different ways. Those that depend upon on-premise and direct-to-consumer (DTC) sales — such as restaurant, hospitality, and tasting room...

Hot Topics Facing Nonprofit Organizations and Their Advisors in 2020

Hospitality Companies and Their Lenders: Preparing for Difficult Conversations

In a sudden reversal of generally expansionary trends, the hospitality business has been among the most immediate and badly hit economic sectors as a result of the COVID-19 pandemic, and the resulting stay-at-home and...