5 Calif. Laws Experts Say Could Use a Facelift

Farella Braun + Martel's Philip Peters commented on how the California Limited Liability Company Act could affect businesses with operating agreements in place before the act passes.

“If you and I cut a deal and write it down on paper, why should the new LLC act that passes without our knowledge change our deal?” he said. “We already made the deal.”

Peters mentioned that some of the law’s provisions could lead to conflicts that end up in court, such as changes to rules governing whether LLCs are managed by a manager or members. Also, new statutory rules may create unexpected results: For example, under the new law, members who transfer their economic interests to another party but retain their voting rights could be expelled from the LLC. These changes could fuel fights between LLC members over whether the existing written deal applies or the new law controls, he said.

“Issues will arise with a lot of bucks on the line,” he said. “By applying to all LLCs, the law is an inviting target for any members with pre-2014 operating agreements who are upended by the new act.”

The full article is available on Law360 (a subscription based service.) 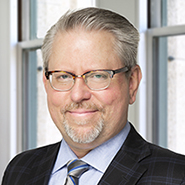 Green in a Sea of Red: Winery Sales Are a Continuing Safe Haven in Rough Waters