SAN FRANCISCO, July 25, 2011 - Farella Braun + Martel's Richard Shapiro has been elected to the Board of Trustees of the Berkeley Repertory Theatre, one of the country's top-ranking professional resident theatre companies.

The Berkeley Repertory Theatre is a national leader in innovative theatre, and is one of the Bay Area's foremost performing arts institutions.  Known for its core values of imagination and excellence, Berkeley Rep has presented emerging and established artists since 1968 and hosts an annual audience of 180,000, including 20,000 students and dozens of community groups.

Shapiro is a partner in Farella's real estate and construction practices.  In a prior term as Trustee of Berkeley Rep, he was chair of the Facilities Committee during the design and construction of Berkeley Rep's RODA theater.  He has been involved in the development and operation of many San Francisco projects including the Contemporary Jewish Museum and the new Exploratorium.

Farella Braun + Martel represents clients throughout the United States and abroad in sophisticated business transactions and high-stakes commercial, civil and criminal litigation. Founded in 1962, the firm is headquartered in San Francisco and maintains an office in the Napa Valley focused on the wine industry. Farella Braun + Martel lawyers are known for their imaginative legal solutions, dynamism and intellectual creativity. With an unwavering service ethic and interdisciplinary team approach, the firm is committed to advancing clients' objectives in the most effective, coordinated and efficient manner. Farella Braun + Martel is a green business. www.fbm.com 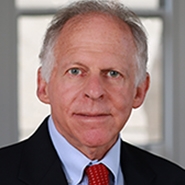 New Laws and Compliance Updates for California Employers in 2023

Katherine Philippakis was quoted in the Wine Business article, "Planning Commission OKs Bella Union Winery at Former Provenance Facility in Rutherford."  The goal for the “foreseeable future” is for Bella Union to produce 110,000...