The 2020 edition of Legal 500 United States recognized Farella Braun + Martel among the leading firms in the Construction, Land Use/Zoning, and Not-for-Profit practice areas.

The Legal 500 United States rankings and editorial are based on in-depth research into the market, including gathering feedback from peers and clients and information submitted by the law firms. 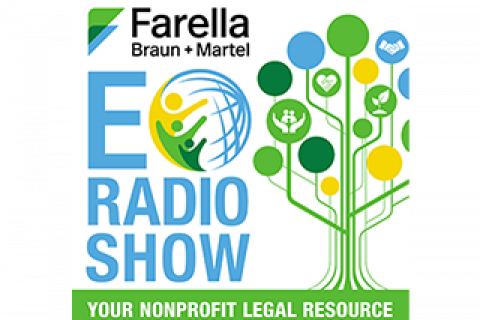 A Deeper Dive Into Insurance Topics for Nonprofits: Special Events Coverage and Considerations When Making Claims

Welcome to EO Radio Show – Your Nonprofit Legal Resource . In this episode, I'm delighted to bring you Part 2 of a conversation I had with Melissa Dalske, Chief Experience Officer at Nonprofits...