According to Farella Litigation Partner Jessica Nall, “While DSS told its investors that its claim was worth approximately $240 million, the court held that DSS suffered no compensable damages for an alleged breach of a non-disclosure agreement (NDA). New York law does not permit recovery of royalty damages in contract breach actions where the agreement does not provide for royalties.”

Nall also notes that it was insufficient for DSS to claim what it would have charged Coupons.com, without presenting evidence of sufficiently similar royalty agreements with third parties. DSS admitted that each royalty rate was negotiated with, and unique to, each client. Further, DSS was not entitled to recover speculative lost profits, in part since it did not maintain that the alleged breach of the NDA cost it the opportunity to do business with any other entity.

Farella Braun + Martel represents clients throughout the United States and abroad in sophisticated business transactions and high-stakes commercial, civil and criminal litigation. Farella Braun + Martel lawyers are known for their imaginative legal solutions, dynamism and intellectual creativity. With an unwavering service ethic and interdisciplinary team approach, the firm is committed to advancing clients' objectives in the most effective, coordinated and efficient manner. Founded in 1962, the firm is headquartered in San Francisco and maintains an office in the Napa Valley focused on the wine industry. www.fbm.com 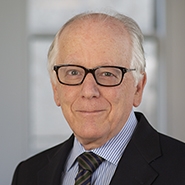