SAN FRANCISCO (April 27, 2011):  Farella Braun + Martel announces that Partner Steven Vettel has been named among the Daily Journal's "Top 25 Land Use Leaders" in California.  The inaugural list recognizes the leadership and accomplishments of California land use attorneys who have taken complex projects to fruition in the state's notoriously challenging development environment.

The Daily Journal recognized Vettel for his leadership in persuading San Francisco planning officials to sign off on entitlements for a controversial reconfiguration and increased capacity of the 3,200-seat auditorium at the Nob Hill Masonic.  Representing owner California Masonic Memorial Temple and Live Nation Worldwide, Inc., he is now defending his clients against four lawsuits brought by neighbors in the San Francisco Superior Court.  Vettel is also representing the San Francisco Museum of Modern Art in a major expansion of its facilities and a developer in planning for a billion-dollar American Indian tribal resort project in Richmond proposed to include hotels, a casino, performance venues, a shopping center, residential development and tribal administrative facilities on a former naval site along the San Francisco Bay.

Vettel's practice focuses on representing Northern California developers, property and business owners in land use, zoning, and legislative matters.  He regularly appears before planning commissions, legislative bodies, redevelopment agencies and zoning officials.  In addition, he counsels on California Environmental Quality Act (CEQA) compliance and defends his clients' environmental review documents in both administrative and judicial forums.  He serves as a director and was former vice-chair of the San Francisco Planning and Urban Research Association (SPUR), is on the Executive Committee of the San Francisco Housing Action Coalition and serves on the San Francisco Planning Department's Action Plan Advisory Committee.  Vettel earned his J.D. from the University of California, Berkeley School of Law (1984).

Farella Braun + Martel represents clients throughout the United States and abroad in sophisticated business transactions and high-stakes commercial, civil and criminal litigation. Founded in 1962, the firm is headquartered in San Francisco and maintains an office in the Napa Valley focused on the wine industry. Farella Braun + Martel lawyers are known for their imaginative legal solutions, dynamism and intellectual creativity. With an unwavering service ethic and interdisciplinary team approach, the firm is committed to advancing clients' objectives in the most effective, coordinated and efficient manner. Farella Braun + Martel is a green business. www.fbm.com 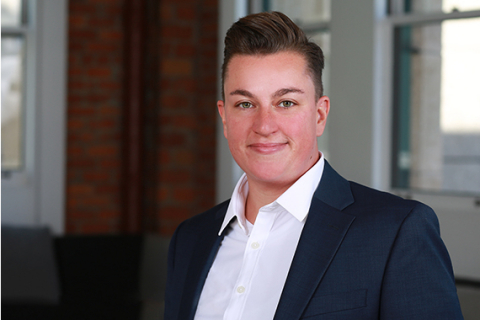 It has been praised as a long-overdue step to address California’s chronic housing shortage, while others have called it the “worst bill of the year.” But regardless of public opinion, the Affordable Housing and High Road Jobs...

Katherine Philippakis was quoted in the Wine Business article, "Planning Commission OKs Bella Union Winery at Former Provenance Facility in Rutherford."  The goal for the “foreseeable future” is for Bella Union to produce 110,000...