On May 24, 2011, after a three-week trial, a nine-person federal court jury announced a unanimous verdict in favor of patent holder Volterra Semiconductor Corporation (Volterra) upholding the validity of all remaining asserted claims of Volterra's key patents for flip chip integrated power switches for use in voltage regulators, U.S. Patent No. 6,278,264 (the ‘264 patent) and U.S. Patent No. 6,462,522 (the ‘522 patent) against the challenges by defendants Infineon Technologies AG and its subsidiaries Infineon Technologies N.A. and Primarion, Inc. (Infineon).

"Volterra is extremely pleased first with obtaining the determinations of infringement of its patents and now with the complete rejection of each of the defendants' attacks on the validity of these important patents, culminating in the unanimous jury verdict in our favor.  We appreciated Farella Braun + Martel's skills and tenacity in the courtroom and particularly their ability to effectively present the complex technology at issue in the case to the jury," said David Oh, Volterra's general counsel.

As a result of earlier rulings by the court and stipulations by the defendants in the litigation, it has been determined that Infineon's flip chip integrated power switch products, the PX4640, PX4642, PX4650 and PX4652, infringed all of the asserted claims of Volterra's ‘264 and ‘522 patents.  With the determinations in favor of Volterra on both infringement and validity, Volterra now intends to pursue its claims for damages against the defendants.

Farella led Volterra to this complete victory, which demonstrates for the third time that Volterra's patents have been scrutinized and subsequently determined to be valid:  first, upon initial issuance by the U.S. Patent and Trademark Office (USPTO); second, in recent USPTO re-examination proceedings initiated by Infineon and resulting in a finding of validity; and now, by a U.S. District Court and federal jury.

"This was an important victory for Volterra.  The company's story of success, which originates with meetings in the basement of the house of one of the founders when they were in graduate school at UC Berkeley, is quite amazing and these flip chip integrated power switch patents have been key technology for them," said James Morando.  Jeff Fisher added:  "We couldn't be happier that the court and the jury have sided with us in protecting Volterra's valuable intellectual property."

Terrence McMahon, Vera Elson and Sarah Columbia of McDermott Will & Emery LLP represented the defendants.  Infineon has already stated that it intends to appeal these adverse rulings to the Court of Appeals for the Federal Circuit.

Volterra Semiconductor Corporation is a leading provider of high-performance analog and mixed-signal power management semiconductors with headquarters in Fremont, California.

Farella Braun + Martel represents clients throughout the United States and abroad in sophisticated business transactions and high-stakes commercial, civil and criminal litigation. Founded in 1962, the firm is headquartered in San Francisco and maintains an office in the Napa Valley focused on the wine industry. Farella Braun + Martel lawyers are known for their imaginative legal solutions, dynamism and intellectual creativity. With an unwavering service ethic and interdisciplinary team approach, the firm is committed to advancing clients' objectives in the most effective, coordinated and efficient manner. Farella Braun + Martel is a green business. 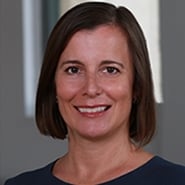