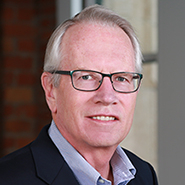 In any crisis, there are always those that look to take advantage of the situation.  The coronavirus pandemic is no different. Here, we have highlighted a few of the most egregious fortune hunters, attempting...

Farella Braun + Martel is proud to announce that partners Jeffrey M. Fisher and James L. Day were named to the 2020 list of “Top Intellectual Property Lawyers” in California by the Daily Journal...