This week the California legislature passed a pay transparency act that – pending Governor Newsom’s signature – will require significant changes in how employers draft job postings and how they report pay data to the State. The Governor has until September 30, 2022 to sign the bill into law, but given the scope of the changes, employers may want to begin preparing in the event the bill becomes law.

Job Postings Must Include Wage Ranges

If signed into law, starting January 1, 2023, employers with 15+ employees must include a position’s salary or hourly wage range (not including bonuses or equity-based compensation) in any internal or external job posting. This requirement extends to job postings published by a third party at an employer’s request.

Under existing California law, after an external applicant has completed an initial interview for a position, an employer must provide the position’s salary or hourly wage range upon the applicant’s reasonable request.

SB 1162 would expand this requirement to cover current employees who request the pay scale for the position in which they are currently employed, as well as any external applicant seeking employment with the employer who makes such a request. This is significant for employers because previously this requirement only applied to applicants who had completed an initial interview. The new requirement to share wage range information with current employees and applicants applies to all employers – including those with fewer than 15 employees.

Existing law in California requires employers with 100+ employees to annually report pay data on each of 10 specified job categories to the California Department of Fair Employment and Housing (DFEH). This report is calculated from a “snapshot” of a single pay period of the employer’s choice between October 1 and December 31.

Beginning in 2023, SB 1162 would expand these DFEH reporting requirements. For each job category, employers must include the median and mean hourly rate, broken down by race, ethnicity, and sex. This is a material change from existing law, which only requires numerical counts of employees by race, ethnicity, and sex within each job category’s pay band. Employers also must produce this data for individuals hired through labor contractors, which are individuals/entities supplying workers to perform labor within the employer’s usual course of business. If there are differences between groups of employees within the same job category, this new reporting requirement could lead to claims of discrimination. The pay data reports are not publicly reported at this time due to a late amendment to the bill, which originally would have required the State to post the reports on a public website. However, it is likely that such reports would be available via a FOIA request or through civil discovery.

Existing law in California prohibits employers from asking job applicants for “salary history information.” However, employers may ask about an applicant’s “salary expectation” for the position. In addition, employers are not prohibited from making a compensation decision based on a current employee’s existing salary (or an applicant’s salary if they have voluntarily disclosed it), so long as any wage differential resulting from that compensation decision is justified by one of the Equal Pay Act factors: seniority or merit system, production system, or a bona fide factor such as education, training, or experience.

Pay Transparency Laws in Other Jurisdictions

Employers operating outside of California should also confirm pay transparency requirements in other jurisdictions. Right now, Colorado State and Jersey City are the only jurisdictions that require certain employers to provide wage ranges in job postings. However, Washington State and three New York localities (Ithaca City, New York City, and Westchester County) have passed similar laws, scheduled to go into effect within the next few months. Other jurisdictions have pay transparency laws requiring employers to provide wage ranges at an applicant’s request and/or have compulsory disclosure requirements at other points in the hiring/employment process.

What You Should Do

To comply with California’s current law, employers are encouraged to consult with employment counsel on their job listings and should develop pay bands for each role in advance of posting the role. To prepare for potential new job posting requirements, employers should develop a process for consistently publishing wage range information in internal and external job postings, as well as a process for preserving such publications to prove compliance. Relatedly, employers should train managers, recruiters, and human resources professionals on these processes and the new law’s requirements.

To prepare for potential expanded public reporting in 2023, employers may also consider an internal audit of current employee wages to ensure there are not any significant discrepancies or inequities.

Given the growing number of states and localities requiring wage transparency, multistate employers may consider a national policy for including wage ranges in job postings and/or providing wage ranges to applicants. 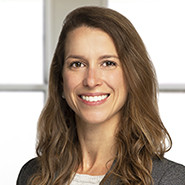 New Laws and Compliance Updates for California Employers in 2023