Insurers need to re-evaluate their coverage denials for wage-and-hour insurance claims following a decision from the California Court of Appeal.

In an important ruling for insureds, a panel recently ruled that a wage-and-hour exclusion in an employment practices liability insurance (EPLI) policy did not bar coverage for claims alleging that an employer failed to reimburse employment expenses under the California labor code.

Until now, insurers regularly refused to defend wage-and-hour suits, or defended only under dedicated sub-limits, even if they included expense reimbursement claims. This new case, S. Cal. Pizza Co. LLC v. Certain Underwriters at Lloyd’s London Subscribing to Policy No. 11 EPL 2028 (filed Aug. 27 and published Sept. 20), makes it harder for insurers to refuse to defend their insured employers in such suits. And, even if that claim is insignificant compared to the wage-and-hour claims, the insurer will be required to defend the entire suit.

California appellate courts had not previously addressed the scope of wage-and-hour exclusions in EPLI policies, though many federal district courts have grappled with these exclusions and produced varying results.

The Lloyd’s of London EPLI policy issued to Southern California Pizza granted coverage for “any failure to adopt, implement or enforce employment related policies or procedures … or … any other employment related workplace tort.” By endorsement, the policy also contained a wage-and-hour exclusion that eliminated coverage for any claim “based upon, arising out of, directly or indirectly connected or related to, or in any way alleging violation(s) of any foreign, federal, state, or local, wage and hour or overtime law(s).”

The wage-and-hour exclusion contained a fairly common exception, providing that Lloyd’s would pay defense costs up to $250,000 for such claims, but without any obligation to indemnify the insured for damages it became legally obligated to pay.

The underlying plaintiffs brought a putative class action alleging, among other claims, that Southern California Pizza had failed to reimburse them for business-related mileage, travel, and cell phone usage expenses. Lloyd’s initially acknowledged its duty to defend pursuant to the exception to wage-and-hour exclusion only and, when the $250,000 had been expended, denied any further coverage obligations. Southern California Pizza sued for breach of contract and bad faith. The trial court granted Lloyd’s demurrer on the ground that all the claims alleged in the underlying complaint fell within the wage-and-hour exclusion.

The court of appeal panel addressed the question of what constitutes a “wage and hour law,” and found the term was limited to laws concerning the duration of work or the remuneration received in exchange for work. Although the majority of the claims alleged by the underlying plaintiffs were easily determined to be wage-and-hour violations, the claims for failure to reimburse plaintiffs for necessary business-related expenses were not payments made in exchange for labor or services.

The court reasoned that the expense reimbursement statutes (Cal. Lab. C. §§ 2800 & 2802) did not mention wages or hours, or appear in sections of the Labor Code governing “compensation” or “working hours.”

The court went on to address the argument that the claims did not fall within the coverage grant to begin with, as they were statutory violations and not “employment related workplace tort[s].” The court held that a “violation of a statutory duty owed another may be a tort,” and the statutory language describing “losses caused by the employer’s want of ordinary care” was classic tort terminology.

Therefore, allegations based entirely on statutory violations can and do constitute workplace torts for the purpose of triggering coverage under EPLI policies.

Because the claims for California Labor Code sections 2800 and 2802 violations, as well as the derivative 17200 and PAGA claims, were potentially within the scope of the policy and not excluded, the court found the wage-and-hour exclusion had “no application” to this case. Southern California Pizza was therefore entitled to a defense of the entire action and was not limited to the $250,000 wage-and-hour defense sub-limit.

While this decision expanded the potential for coverage for some statutory claims, it also potentially limited coverage for others. Notably, the decision also found that Labor Code section 226, pertaining to an employer’s obligation to provide accurate and itemized wage statements, is a “quintessential wage law.”

The panel reasoned that the statute was included in the chapter entitled “Payment of Wages,” and was “enacted ‘[a]s part of a comprehensive statutory scheme governing the payment of wages.’” In so holding, the court rejected several federal district court cases cited by the insured that had held otherwise.

This aspect of the decision may impact coverage for insureds going forward, depending on the language of the exclusion in the particular policy. Furthermore, the Southern California Pizza decision dealt exclusively with the duty to defend, and therefore did not consider other limitations on coverage that may ultimately impact insurers’ duty to indemnify settlements or judgments in these types of cases.

However, the language of these exclusions can vary, and subtle changes in the wording can impact coverage depending on the allegations in the underlying complaint. While this decision is an important limitation on insurers’ attempts to broadly construe such exclusions to encompass all Labor Code violations, it is important to carefully analyze the specific policy language and the facts of the underlying complaint to determine whether the exclusion applies to all the claims alleged.

Additionally, it is vital for employers to review and negotiate the scope of their wage-and-hour exclusions when placing or renewing EPLI coverage.

Shanti Eagle is a senior associate with Farella Braun + Martel LLP in San Francisco and a member of its Insurance Recovery Group. 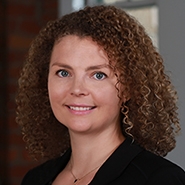