Kickback Prosecutions Expanding Beyond Drugs and Devices to Care Networks

The DOJ has recently showed some new muscle by applying anti-kickback laws to care facility owners rather than drug manufacturers.

The uptick in federal healthcare fraud prosecutions in 2016 has been well-documented, but all the high profile prosecutions have thus far focused on drugs and devices. Salespeople have been convicted for paying kickbacks to physicians in exchange for prescribing specific drugs, and executives have been charged for allegedly overseeing improper medical device promotion practices within their company. These prosecutions have not focused on the care industry, but this looks to be a new direction for the DOJ.

The U.S. Attorney’s office out of Miami criminally charged three individuals (Philip Esformes, Odette Barcha, and Arnaldo Carmouze) with a litany of Medicare fraud charges stemming from allegedly fraudulent admissions to nursing homes and intensive-care nursing facilities. The lead defendant runs the Esformes Network which manages the 30-plus nursing homes and facilities at issue. Barcha and Carmouze work in hospital and physician administration. The newly unsealed indictment charges the three with overseeing a giant fraud scheme in which Medicare patients were admitted to their facilities when it was not necessary. The same patients also received care from clinics and hospitals which they did not actually need. Medicare, of course, footed the bill for the care facilities and the unneeded procedures and the Esformes team made the profit. The government is alleging Medicare lost over a billion dollars to this scheme.

Maybe the wildest part of this case is that Esformes paid over 15 million dollars to settle civil charges in 2006 for unnecessarily admitting patients to hospitals and receiving kickbacks for doing so. In the ten years since the identical conduct apparently continued, allegedly with more sophisticated cover-up processes which we may learn about at trial.

Leaders and compliance teams in the health care space should be interested in this case for two reasons: first, it represents a move into investigating and prosecuting care facility fraud and an expansion beyond the drug prescription kickbacks that have formed the basis of so many Medicare fraud prosecutions. Second, it highlights the DOJ’s increased sophistication in ferreting out fraud patterns. The government was quick to promote the forensic accounting used in investigating the case, and it looks likely that DOJ will be using (and promoting) its accounting sophistication in future healthcare-related investigations. 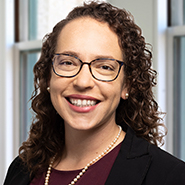 Will Other States Follow in California's Footsteps Regarding Cryptocurrency Regulation?

Aviva Gilbert, partner and co-chair of Farella's White Collar Criminal Defense and Internal Corporate Investigations Group, was quoted in the Daily Business Review article, "Will Other States Follow in California's Footsteps Regarding Cryptocurrency Regulation?" In...