Negligent Hiring and Supervision Can Be an 'Accident'

The California Supreme Court answered the Ninth Circuit’s certified question in Liberty Surplus Insurance v. Ledesma & Meyer Construction.[1] The court rephrased the question presented to it as: “When a third party sues an employer for negligent hiring, retention, and supervision of an employee who intentionally injured that third party, does the suit allege an ‘occurrence’ under the employer’s commercial general liability policy?”[2] The court, in an opinion authored by Justice Carol Corrigan, held that it does.This decision clarifies and harmonizes existing California law about the meaning of an “occurrence” defined as an “accident” in general liability policies. This case confirms coverage for employers or individuals accused of negligent supervision in a wide range of circumstances. Absent an exclusion, the expectation of coverage is the same as for any other kind of negligence claim alleging bodily injury or property damage.Ledesma involves an insurance dispute between a contractor, Ledesma & Meyer, and its insurers, Liberty Surplus Insurance Corp. and Liberty Insurance Underwriters Inc. One of L&M’s employees, Darold Hecht, was found to have sexually abused a student while working on a construction project at a middle school in San Bernardino. The student sued L&M and the school, and ultimately obtained a judgment against L&M for negligent hiring, supervision and retention of Hecht.Liberty defended L&M under a reservation of rights, but denied a defense to the school as an additional insured under L&M’s policy. Liberty sued L&M and the school in federal court, seeking a declaration that it had no duty to defend or indemnify either in the underlying lawsuit on the ground that there was no “occurrence” — defined as “an accident, including continuous or repeated exposure to substantially the same general harmful conditions” — under the policy. The district court granted summary judgment in favor of Liberty, finding no duty to defend because the negligent hiring and supervision were “too attenuated” from the injury-causing conduct, and the employer’s conduct in managing its employees was intentional, not accidental. L&M appealed. After briefing and oral argument in the Ninth Circuit, the question was certified to the Supreme Court.In ruling for L&M, the court reiterated that the definition of accident in liability policies remains well-settled: “An accident is an unexpected, unforeseen, or undesigned happening or consequence from either a known or an unknown cause.”[3] Later in the decision, however, the court emphasized that no all-inclusive definition exists, and the analysis depends greatly on context. In doing so, it distinguished a number of decisions that dealt with timing or geographic location of the triggering accident, or involved different kinds of policies with limited coverage or additional exclusions.The court expressly rejected both lines of reasoning relied on by the district court in finding that there was no coverage for L&M. The court confirmed that tort principles govern the question of causation in liability policies, rejecting the lower court’s holding that the employer’s negligence was “too attenuated.” Where California tort law recognizes a causal connection sufficient to impose liability on the insured, that is sufficient to trigger coverage. Injuries may be the result of multiple causes.The district court had also found that “L&M’s ‘intentional acts of hiring, supervising and retaining [Hecht]’” were not accidents “‘simply because the insured did not intend for the injury to occur.’” The court found this premise flawed, and emphasized that the accident must be viewed from the perspective of the insured, and it is the insured’s actions that are the starting point for analyzing causation. The court found that “[e]ven though the hiring, retention and supervision of Hecht may have been ‘deliberate act[s]’ by L&M, the molestation of Doe could be considered an ‘additional, unexpected, independent, and unforeseen happening…that produced the damage.’”[4] In other words, if the insured can be held liable for negligently causing bodily injury or property damage, general liability coverage applies absent an applicable exclusion. This holding confirms that the unintended consequences of deliberate or purposeful acts can constitute an accident.L&M’s counsel had advocated, and many policyholders had hoped, that the court would take this opportunity to expressly resolve a disagreement among the lower courts over whether the unintended consequences of intentional acts could constitute an accident. Although the court did not explicitly reach that issue, the decision will help lower courts correctly draw a line between cases where the insured commits an intentional tort and cases where the insured’s deliberate but negligent conduct causes unforeseen harm. The court’s opinion carefully distinguished cases where it was the insured or the injured party that engaged in intentional conduct, rather than another tortfeasor, like Hecht.The concurring opinion, written by Justice Goodwin Liu, would have the court go further, opining that L&M’s supervision, retention and supervision were “intentional” acts, but the molestation was an unintended consequence of those acts and therefore an accident. As such, the concurrence would overrule Merced Mutual Insurance Co. v. Mendez to the extent it holds the subjectively unintended consequences of the insured’s deliberate conduct cannot be an accident.The California Supreme Court’s decision this week strengthens insureds’ rights to coverage under their general liability policies, and establishes that insureds are entitled to a defense where the injury alleged was unintended and unforeseen from the insured’s perspective. 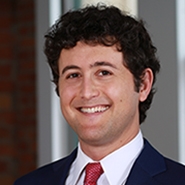 Tyler Gerking spoke to Law360 for the article "Cyber Insurance Demand Heats Up As COVID-19 Hacks Rise." As far as insurance coverage being available for fines and penalties that arise out of privacy and data security laws such as...

Though much of the conversation regarding insurance coverage for COVID-19-related losses has focused on the potential for business interruption-type coverage (see prior discussion  here ), insureds should not overlook the potential that COVID risks...