Rule 24(g) of the JAMS Engineering and construction Arbitration Rules & Procedures allows the arbitrator “to allocate attorneys’ fees and ex­penses…if provided by the Parties or allowed by applicable law.” In the absence of a clause requiring a fee award to the prevailing party, the so-called “American Rule” gener­ally requires each party to bear its own attorneys’ fees and costs. Rule 24(g) offers any drafter of an agreement a golden opportunity to improve the arbitration experience and to give the parties locked in a dispute an extra incentive to act reasonably in formulating their offers and counteroffers to settle their claims. What the contract requires is a thoughtful “prevailing party” clause, one designed to discourage extreme behavior and brinkman­ship, while rewarding a reasonable negotiation attitude. In short, the drafter should encourage the future disputants to try to occupy the middle ground of negotiations, thereby improving the odds of an early settlement on terms that will not ruin the business relationship.

It may come as a surprise, but many arbitrators want to “do the right thing” and to promote a process that really is faster, better and cheaper than litigation. Those same arbitrators often must work with lawyers (and some par­ties) who are convinced that the future award simply will reflect a “cut the baby in half” attitude; therefore, they have adopted a series of extreme positions designed to move the theoretical midpoint more toward their actual goal or expectation. To these participants in arbitrations, reasonable demands or offers are for the naïve. Really so­phisticated counsel and parties, like these cynics, always demand “more” or offer “less” so as to set the parameters of the rival damage calculations submitted at a hearing where they can best leverage their intransigence to influ­ence the arbitrator’s perceived middle ground, and thus the award. While I submit that most experienced arbitra­tors of construction disputes are not driven to please both sides, at the expense of a result that they believe in, I also acknowledge that extreme positions taken all the way through to the conclusion of a hearing leave the arbitrator with a thickened skin and a dubious attitude toward any submitted damage calculations. What the conscientious arbitrator wants is a mechanism to counteract the postur­ing. A thoughtful attorneys’ fees and expenses clause can be just the necessary device for correcting such extreme posturing.

In drafting an attorneys’ fees clause, one should assume that the future arbitrator will not be looking for some middle ground on which to base an award, but rather will be wondering why the dispute was not settled and who is being so unreasonable that negotiations broke down. Cases going to hearing generally mean that one (or more) of the parties has seriously misestimated its chances. If the arbitrator really is not looking for a compromise number, but rather wants to do equity and not by halves, then the actual award probably will come as quite a shock to someone. Your prevailing party language can greatly as­sist the arbitrator once he/she has figured out which side is being unreasonable. The right clause should work both for a claimant that has had to fight through obstacle after obstacle to get paid what was owed all along and for a re­spondent that recognized that it owed something but who had to deal with one outrageous demand after another (accompanied by threats of “You’ll pay my attorneys’ fees too!”).

To begin, arbitrators have been known to consider legal costs in their calculations of lump-sum awards. The best way to avoid uncertainty in this area is to instruct the arbi­trator on the awardability of fees and costs. For example, and to be fair, by offering both points of view, i.e., to actively discourage any sua sponte inclusion of fees:

The arbitrator shall have no authority to award any attorneys’ fees or costs, or expert witness fees and costs.

In the event any dispute between the parties should result in arbitration (whether based on contract, tort or other cause of action), the arbitrators shall award reasonable attorneys’ fees, costs and reasonable expert witness fees and costs to the prevailing party.

In some states, it is possible to limit attorneys’ fees to certain aspects of a contract, provided that each party has been represented by counsel and the contract so reflects. For instance, you may wish to allow attorneys’ fees only in proceedings to collect unpaid invoices. If a party attempts to impose a completely one-sided attorneys’ fees clause, however, it may discover that applicable statutes or case law can interpret such clauses as applying reciprocally between the parties.

Thinking ahead, you also may wish to provide a prevailing party’s recovery to include reasonable fees incurred to col­lect on a judgment. For example:

Any attorneys’ fees and other costs incurred in enforc­ing a judgment obtained pursuant to an arbitration award shall be recoverable separately from and in ad­dition to any other amount included in such judgment, and such attorneys’ fees obligation is intended to be severable from the other provisions of the contract and to survive and not be merged in any such judgment.

The point of this language is to address some cases that have held that a prevailing party cannot recover its at­torneys’ fees for further collection efforts once a judgment is entered because the prior contractual rights are merged into the judgment.

A surprising number of contracts make no attempt to define “prevailing party,” which can lead to needless arguments when there are counterclaims or the claimant prevails only on some issues. Better to define the term, especially because construction disputes frequently involve a host of different claims. One rather basic approach:

Prevailing party means that party that obtains a net recovery compared to the other party.

If this seems to disregard unduly the party prevailing on discrete issues or claims, an alternative definition might leave greater discretion with the arbitrator:

Alternatively, a prevailing party clause can be tied to stated settlement positions (which may be revealed after the arbitrator’s preliminary award and before they reach the attorneys’ fees and costs element of recovery). Cer­tainly, if your client believes that it might be subjected to an inflated claim or may be dealing with a potentially unreasonable opponent, your counsel should consider the following language:

In determining if either party prevailed, the arbitrator shall compare the award amount, with interest (if any is awarded) and any fees or costs of arbitration, to the last written settlement position of the respective par­ties. Only a party bettering its last settlement position may be the prevailing party.

The extra drafting required to include such terms should help produce a more predictable award, and one that plainly encourages reasonable settlement positions. It is often relatively easy to “sell” such a clause at the time of initial contract negotiations, when each party expects itself to be reasonable in any future offer of settlement. 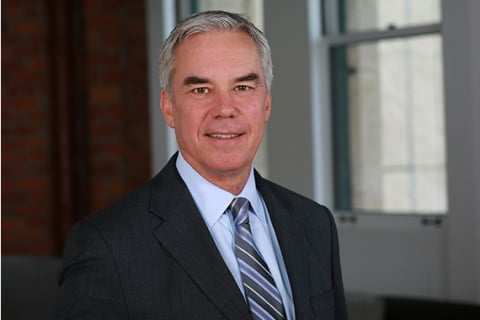