Farella Managing Partner Statement on Attacks on the AAPI Communities

Farella Braun + Martel Managing Partner Brian Donnelly’s statement to the firm about the recent horrific escalation of violence against the AAPI communities, including multiple attacks just blocks from the firm’s office near Market Street in San Francisco.

This week, I ask each of you to focus on the horrific attacks and murders of members of the Asian American and Pacific Islander (AAPI) communities that have accelerated in the past few months. While the recent targeted murders of six Asian-American women in Atlanta have now sparked a national conversation, our AAPI colleagues, clients, and communities previously, and all too often, have suffered in silence. Farella Braun + Martel expresses our deepest condolences to the families of the victims who have been attacked and murdered. We condemn all of these racist attacks and stand in solidarity with our AAPI colleagues, clients, and communities and their families as they suffer, grieve, and experience trauma in the wake of this unspeakable violence.

We in the San Francisco Bay Area delude ourselves that our region does not tolerate racism compared to other parts of this country. That is simply not the case. The attacks on the AAPI communities have occurred and are escalating right here in our own backyard, and have often gone unreported by news outlets. A Filipino-American was attacked just a few blocks from the office on Montgomery and Market Streets not long ago while other AAPI individuals have been murdered in San Francisco and Oakland. In the past week, multiple AAPI individuals were attacked in and around Market St. in apparent random acts of violence. Many of those attacked have been women and the elderly. In the past year, thousands of attacks have been reported to Stop AAPI Hate.

It would be easy to blame this violence entirely on current political trends and certain politicians. However, if you dig just a bit deeper, you would quickly realize that discrimination against the AAPI communities is engrained in the history of this country. We only need to remember the racism in response to the immigration of predominately Chinese men to California to work on the railroads and then become involved in the Gold Rush. The federal government first prohibited the immigration of East Asian women to the United States in the Page Act of 1875 and then all immigration from China (and denied a path to citizenship for prior immigrants) in the Chinese Exclusion Act of 1882. Meanwhile, during this same time, immigration largely continued apace to the United States from European countries without any similar restrictions.

Racism against the AAPI community continues to this day. We remember the shameful incarceration of Japanese-Americans during World War II, the targeting of AAPI communities during the McCarthy era, and the brutal murder of Vincent Chin in 1982 in Michigan, and the failure to bring his attackers to justice. These latest attacks are not anomalous. They are part of a long and troubled history, and the link between racist blaming of the AAPI communities for health-related crises is nothing new.

Farella Braun + Martel condemns all attacks against members of the AAPI communities, including the numerous recent violent attacks and murders in the San Francisco Bay Area, Georgia, and across the country. As a firm, we will do our part to become anti-racists to further our deep belief in an equitable and inclusive firm culture in which everyone feels a sense of belonging as well as to our society as a whole. As a small step towards that end, the firm is making a contribution to Asian Americans Advancing Justice (AAJC). In addition to its work advocating for the AAPI communities, AAJC, in collaboration with Hollaback!, is offering bystander intervention training and de-escalation training. Here are some additional resources that also may be helpful: https://www.advancingjustice-aajc.org/covid19.

To our AAPI colleagues, clients, communities, and families, please know that we stand shoulder-to-shoulder with you and understand and care about all of you, including those who may be experiencing feelings of fear and trauma from these attacks. Please do not hesitate to reach out to me or any of the partnership if we can be helpful to you during this difficult time. 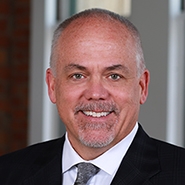