SAN FRANCISCO, April 1, 2009: The economy has not diminished the commitment of legal departments and law firms to advancing women and minorities, according to participants in the first meeting of the Project for Attorney Retention (PAR)'s Diversity and Flexibility Connection, held on March 27 at the Chicago office of Schiff Hardin LLP.

"This inaugural session demonstrated just how serious General Counsel remain about working together with our outside counsel to address diversity effectively, and about understanding the connection between diversity and flexibility. We enjoyed a frank discussion about how clients can best support, and measure, law firms' performance with respect to retaining and advancing diverse and women attorneys," said James Potter, Senior Vice President, General Counsel & Secretary, Del Monte Foods Company, who co-chairs the Connection with PAR Co-Director Joan C. Williams.

The group also discussed how to solve the challenges of providing work-life balance in ways that are consistent with clients' need for responsiveness. "The meeting allowed a mutual exchange between general counsel and law firm leaders about the challenges we-and they-face in retaining and promoting proportionate numbers of women, including women of color," said Michael Nannes, Chairman of Dickstein Shapiro LLP.

The Connection involves companies that have taken leadership roles in the Call to Action, the program launched in 2004 in which law firms' clients have sent a clear message that they expect their law firms to reflect the diversity generally represented by the U.S. consumer. Currently, only 17% of law firm partners are women, and only 4% are people of color. The long hours lawyers work are one reason why these numbers have risen so slowly. Nationwide, 95% of mothers age 25 - 44 work fewer than 50 hours a week, and 82% of women become mothers. Even single women often find it harder to work full time, according to the American Bar Association Commission on Women's Visible Invisibility: Women of Color in Law Firms, and other studies.

"These law firms were chosen because of their sustained and effective efforts to support nonstigmatized flex programs, including promotion of flex lawyers to partnership. Our goal is to craft practical action steps for firms and clients who want to step up their support of diversity and flexibility," noted PAR Co-Director Cynthia Calvert.

"It was an exceptional first meeting, but it's only a start," commented Del Monte GC James Potter. The group expects to meet again in June. PAR will release a report of the Connection's work and recommendations in the fall of 2009, after which the Connection will enter a second phase in which a wider circle of law firms and in-house departments will be invited to participate.

PAR, a nonprofit organization that studies the advancement of women lawyers and work/life issues for all lawyers, is headquartered at University of California Hastings College of the Law. Its co-directors are Joan C. Williams, distinguished professor of law at Hastings, and Cynthia Thomas Calvert, a former law firm litigation partner. PAR is funded by its law department and law firm members. 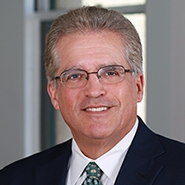