No Backers for U.S. Position in Supreme Court Water Case

“No Backers for U.S. Position in Supreme Court Water Case”

Environmental Law Partner Chris Locke comments on the fact that there were no amicus briefs filed to back the Justice Department's position in a U.S. Supreme Court case that argues against making Clean Water Act jurisdictional determinations subject to judicial reviews.

In the article, Mr. Locke said he too wasn't surprised by the lack of support for the government's position.  “I do not find it unusual that stakeholders on both sides would want immediate review of jurisdictional determinations,” he said, adding “What I do find unusual is that the government is persisting in its position in a case that quite clearly fits the Sackett criteria for immediate review, and where the Corps persisted in its position even though its own administrative appeal process did not support the Corps’ jurisdictional determination.” 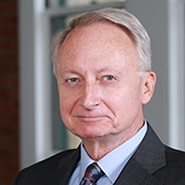 David Lazerwitz is quoted in the  Reuters Events article, " US Urged to Overhaul Public Land Rents, Siting to Bridge Renewables Gap." In the article, David said BLM needs to bring the cost of developing on federal...