Patent Exhaustion Does Not Apply to the Reproduction of Patented Seeds

On May 13, the United States Supreme Court issued its decision in Bowman v. Monsanto Co., 569 U.S. ___ (2013), which concerned whether and how patent exhaustion applies to self-replicating patented articles.  Monsanto patented genetically modified soybean seeds that were resistant to glyphosate herbicide.  Monsanto or its affiliates sold these seeds to farmers subject to a license under which the farmer agreed not to use the progeny of the seeds for later re-planting, nor to supply them to others to do the same.  However, farmers could sell the progeny seeds to grain elevators as a commodity without restriction on the grain elevators’ subsequent sales of the seeds.  Grain elevators typically buy grain from farmers and sell it for consumption, not for use as agricultural seed.  Commodity seeds are a mixture of seeds harvested from various sources, and thus may include progeny of Monsanto’s patented seeds.

An Indiana farmer, Vernon Hugh Bowman, bought some of the patented soybean seeds from one of Monsanto’s licensed seed producers.  He planted these seeds and harvested the plants, but, as required by the license, did not save seeds from this harvest for later replanting.  However, he also bought commodity seeds from a grain elevator, planted them, grew them, applied glyphosate herbicide to them, harvested the plants that survived, saved those plants’ seeds, and then used those seeds for subsequent re-plantings.  Bowman harvested eight crops this way.  Monsanto sued Bowman for patent infringement, and, sure enough, it turned out that the progeny of the commodity seeds Bowman had planted contained Monsanto’s patented genetic modification.  The District Court granted summary judgment of infringement in Monsanto’s favor, and the United States Court of Appeals for the Federal Circuit affirmed.   The Supreme Court granted Bowman’s petition for a writ of certiorari.

Relying on the Court’s earlier decision in Quanta Computer, Inc. v. LG Elecs., Inc., 553 U.S. 617 (2008), Bowman argued that the doctrine of patent exhaustion – also referred to as the first sale doctrine – applied to the commodity seeds that he had purchased from the grain elevator.  According to Bowman, those seeds had been the subject of at least three prior authorized sales:  the first generation seed from Monsanto to farmers, then the second generation seed from farmers to grain elevators, and finally the second generation seed from grain elevators to Bowman.  Bowman argued that what he was doing with the commodity seeds was merely “using” them for planting.  Bowman did concede, however, that patent exhaustion did not extend to the “making” of a new patented article.

Monsanto countered that seeds growing from the replanting of the commodity seeds was in fact a “making” of new patented articles, and that because these new articles were never subject to any sale, the seeds resulting from the planting of the progeny could not have been subject to patent exhaustion.  Monsanto also argued that if the Court agreed that the first sale of a living organism containing a biological invention exhausted all rights in its progeny, innovation in biotechnology would be devastated.  Furthermore, according to Monsanto, contract law could not substitute for patent protection, as Monsanto could not enter into a contract with every entity who might appropriate its technology, nor could a contracting party compensate Monsanto for all damages caused by downstream growers who misappropriate the technology.

A unanimous Court sided with Monsanto, holding that “the exhaustion doctrine does not enable Bowman to make additional patented soybeans without Monsanto’s permission (either express or implied).  And that is precisely what Bowman did.”  (emphasis in original).  Policy was not on Bowman’s side, for “[w]ere the matter otherwise, Monsanto’s patent would provide scant benefit.”  In the final paragraph of the decision, however, the Court did limit its holding, stating that it did not necessarily apply to every invention involving a self-replicating product.  In the case before the Court, Bowman seemed to know exactly what he was doing and took deliberate steps to “make” and market new infringing articles by planting and harvesting the patented seeds.  However, “[i]n another case, the article’s self-replication might occur outside the purchaser’s control.  Or it might be a necessary but incidental step in using the item for another purpose.”  The Court did not provide examples of where these circumstances might be present, or whether such circumstances would excuse the accused infringer of liability if they were.  Nonetheless, the Court’s cautious words may suggest that the Court would be uneasy holding an accused infringer strictly liable for patent infringement when he has been “contaminated” with a self-replicating patented article, such as patented seeds that have been blown into his fields, or where the patented article must be reproduced in order to be useful, such as patented cells that must be “grown up” in order to produce sufficient amounts of a protein to be studied or sold.  These open issues, which could have a significant impact on biotechnology companies, must wait to be resolved until another day. 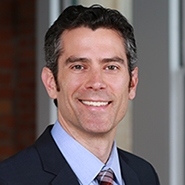