Represented private partnership in the sale of Palo Alto office building to REIT for over $130 million and the negotiation of joint venture agreement pursuant to which one of the principals of the partnership maintained an investment in the building and continued to manage it.  At the time, the sale price represented the highest per square foot price ever achieved for an office building in the Bay Area.

Represented Sony in the buyout of its partner in the Metreon shopping and entertainment center, and the sale of the asset to a joint venture between Westfield and Forest City.

Represented Embarcadero Capital Partners in the acquisition, financing and disposition of over 40 office and R&D properties in the Western and Northeastern United States, including the recent sale of 100 Hamilton in Palo Alto, CA to RREEF for a price of over $900 per square foot.

Represented East Bay developer in the sale a portfolio of office buildings in Berkeley and Oakland to Scanlan Kemper Bard.

Represented Balboa Funds (now Ridge Capital) in the acquisition of office, industrial and development projects in and around Sacramento, California and Reno, Nevada, including Southport Business Park, a 670 acre master planned development in West Sacramento.

Represented energy company in the acquisition, leasing, subdivision and sale of land in East Altamont, CA.

Represented Kinship Capital in a joint venture with The John Buck Company and Element Properties, in a land investment to redevelop the Sutherlands lumberyard site in Boulder, Colo. (S’PARK), in a $100 million mixed-use project.

Represented Kinship Capital in a joint venture with Pearlmark Real Estate Partners and Insight Realty Company in connection with the acquisition of 5301 Patrick Henry Drive in Santa Clara, a property of approximately 7 acres with a vacant 127,000 square foot office and R&D facility.

Represented Kinship Capital, in a joint venture with SIMEON Commercial Properties for a land investment designated for a mixed-use residential and retail building at the northwest corner of Post Street and North San Pedro Street in San Jose, CA.

Represented hotel developer in negotiation of joint venture agreement with institutional real estate fund for development of boutique hotel in the Napa Valley.

Represented lead investor in negotiation of joint venture for development of mixed use project in Maricopa, Arizona.

Assisted Bridge Housing in negotiations with its joint venture partner in connection with its development adjacent to the MacArthur BART Station.

Represented a private hotel investment company in the acquisition of the Hotel Mark Twain, a boutique hotel in the Union Square area of San Francisco.

Represented The Swig Company in the negotiation of a long-term management agreement with Fairmont Hotels & Resorts at the Fairmont Chicago Hotel, and the subsequent sale of the asset to international hotel investment company.

Represented Auberge Resorts in connection with the negotiation of management and related agreements for three luxury resorts: Encantado, outside Santa Fe, New Mexico; Calistoga Ranch, a resort and fractional ownership project in Napa Valley, CA; and The Inn at Palmetto Bluff, in the South Carolina Lowcountry.

Represented Kimpton Hotel & Restaurant Group in the sale of six of the company’s San Francisco hotels, including the historic Sir Francis Drake.

Represented a private ownership group in the negotiation of management and related agreements with Mandarin Oriental for a mixed use luxury development in St. Kitts.

Represented residential developer in initial negotiation of $87 million participating loan with Wells Fargo for development in Salinas, CA, and subsequent modification of loan.

Represented family partnership in negotiation of $10.5 million line of credit with Merrill Lynch secured by retail properties in seven states.

Represented South Bay opportunity fund in the financing and refinancing of over 30 office and R&D properties in the Western and Northeastern United States.

Represented production company in negotiation of lease and option to purchase for production facility in San Francisco, CA.

Assisted Central Valley homebuilder and its principals in working out series of loans and personal guaranties in excess of $75 million with Wells Fargo and Comerica banks.

Assisted opportunity fund in negotiation of extensions and restructuring of a portfolio of loans from Bank of America secured by office properties in California and Washington. 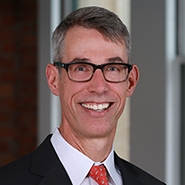