The USPTO’s recent landmark decision (16/524,350) concluding artificial intelligence (AI) cannot be a named patent inventor perhaps sparked fears of super-robots inventing critical technologies that, alas, receive no patent protection. If an AI identifies new, more efficient battery chemicals, will that new battery be unpatentable? If an AI builds chemical compounds that become the next wonder drug, will that drug-maker receive no patent? Are innovators who increasingly rely on AI to analyze data and generate solutions atop a slippery slope?

This article explains why the USPTO’s decision doesn’t preclude patentability of AI-assisted inventions and identifies questions IOT innovators must consider to best position themselves as AI evolves.

USPTO: Patent Inventors Must Be Human

In April of 2020, the USPTO issued a decision concluding that an AI named DABUS could not receive a patent for a fractal light signal with pulses designed to match human brain waves, making beacons using the signals easier to see. Dr. Stephen Thaler, DABUS’ inventor, is the patent’s assignee, but DABUS was the sole named inventor.

The Artificial Inventors Project, which lists this patent application as part of a global push for AI inventorship, is led, in part, by UK law professor Ryan Abbott, who has written for years about the patentability of AI inventions. Interestingly, and somewhat ironically, DABUS itself is patented. The issue before the USPTO was whether something DABUS “invented” was also patentable.

In declining to issue a patent to DABUS, the USPTO reasoned that a patent may only issue to a natural person, citing patent statute language and Federal Circuit decisions.

Even If AI Can’t Be a Named Inventor, There’s a Human Involved in the Process Who Can Be

Though at first glance, the decision may appear to eliminate patent protection for AI innovations, its ultimate impact is much more modest. To understand why, consider three things.

Pharmaceutical researches are actively using AI to generate novel molecules that may become new, patented drugs. In contrast, the IOT industry generally uses AI to assist, reduce, or eliminate human involvement in existing processes developed by a human inventor. Most uses of AI will not result in the AI itself generating novel, patentable inventions.

For example, an AI that predicts when smart factory equipment needs maintenance has performed useful work. But the AI’s output—a notification with a date/time prediction—is not “a new and useful process, machine, manufacture, or composition of matter.”  The AI itself is, of course, a “useful machine” that has performed a “useful process,” and may be patented, if novel. But what the AI produced here is not.

Second, even if the AI is designed to produce a patentable output, there will generally still be a human inventor.

Patent inventorship turns on who makes the “inventive leap” that produces a novel, non-obvious innovation. In the AI context, this usually means the inventor is whoever interprets the results. Patents are awarded to “[w]hoever invents or discovers any new and useful process, machine, manufacture, or composition of matter, or any new and useful improvement thereof.” (emphasis added). The word “whoever” indicates that the person who interprets the results is the inventor and not the technology conducting important data harvesting, organization, and analysis.

For instance, if an AI analyzing data from smart mobility devices identifies and ranks five possible new processes for routing traffic through a major interchange, a human being will still review those rankings and select and implement the methods she finds most helpful based on training and experience. The human being who reviewed the ranked processes and selected one worth using would be the named inventor.

Third, the most common type of AI today is likely to have a human interpreting the results.

Most AI today are machine learning devices. Machine learning involves feeding an AI data, having the AI score or rank the data, then presenting the AI with new data to analyze based on its learned responses to the prior datasets. With machine learning, a human being almost always interprets whatever new analysis the AI neural networks generates. This is true for most fields using AI, including IOT. Because the human will be the named inventor on any patentable invention, the USPTO decision that AI cannot be a “natural person” named on a patent will not obviate patenting inventions conceived by a human based on data processed by a machine learning device.

AI development still remains a long way off from creating a machine capable of mimicking the many thoughts a human has when originating a truly novel invention. As AI advances, however, innovators should consider the following.

Question for IOT Innovators to Consider as AI Evolves

Are You Building a Neuro-Symbolic Hybrid?

In symbolic or classical AI, human programmers attempt to create artificial intelligence by expressing human knowledge as a series of facts and rules that a machine can follow. (Until around the 1970s, people thought symbolic AI would dominate; today, machine learning does.)  In theory, a machine expressly designed to mimic human thinking could conceive something novel and non-obvious, the fundamental patentability requirements. Symbolic AIs are not yet sophisticated enough to do so, but some envision a future involving a neuro-symbolic hybrid that might be.

If you are developing an AI that is making more and more judgment calls, and you want to seek patent protection for any resulting inventions, ensure there’s still a human involved in interpreting the final results who can be the named patent inventor.

Trade secret protection is broad, covering not just secret formulae, but any information that has economic value because it is not generally known to others who can use it (e.g., valuable business and financial information; unique processes, plans, or schematics; Google’s search algorithm). Unlike patent protection, trade secret protection requires no government process and lasts as long as the information retains value and secrecy. These advantages mean new, ever-changing advanced algorithms rooted in AI and inventions “conceived” by AI may soon be protected as trade secrets not patents.

For Software: What About Copyright?

AI helps write software, and software can receive copyright protection. But the U.S. Copyright Office only registers copyrights with a human author. Copyright only protects works from “the creative powers of the mind.”  Courts have said corporations, formed by humans, can own a copyright, but an animal (as an actual example) cannot. Having a human being review code and make any final analytical decisions should ensure a human author can be named and the copyright enforced.

If AI progresses to a point where a machine is the one mind involved at every stage of an invention, patent protection may theoretically no longer be available. We must then consider alternative forms of IP to capture the value of AI-generated inventions, whether companies must be forced to keep AI inventions a trade secret, and whether we want a world that denies inventors of a different stripe credit for their inventions. 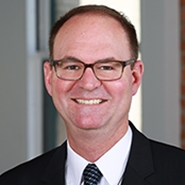