The City of Oakland spent the last four years developing the Downtown Oakland Specific Plan to address growth and revitalization of the downtown area over the next 20 years and to ensure that development takes into consideration the broad needs of the entire Oakland community. Recently, the City released the draft Specific Plan and its related draft Environmental Impact Report (“DEIR”) and is accepting comments on both documents until November 8. The City expects to adopt the Specific Plan in summer 2020.

Some of the key land use goals of the Specific Plan include:

The below image shows what the City is considering for the Specific Plan area in terms of maximum development intensity: 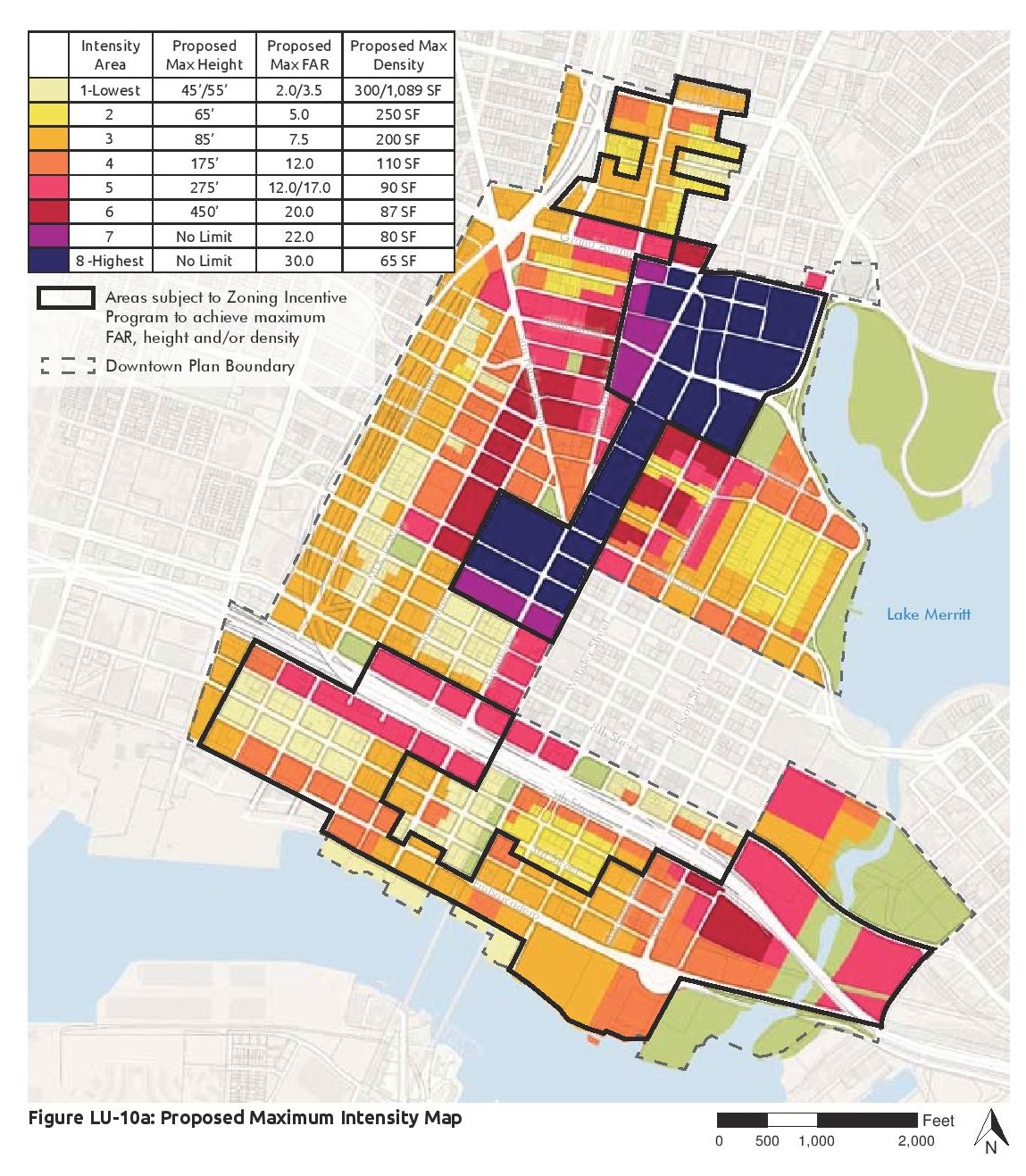 The City intends to achieve these goals through a number of proposed actions and incentives, which include:

As part of its planning efforts, the City conducted an analysis of new development sites downtown (primarily surface parking lots, vacant parcels, and underutilized sites), which revealed significant opportunities for additional infill of office, residential, arts and commercial uses downtown over the next 20 years. Other opportunity areas include Victory Court in Jack London, along 7th Street near I-880 in Old Oakland, and in the Lake Merritt Office District.

The Specific Plan contemplates amendments to the General Plan land use designations, which is shown below. 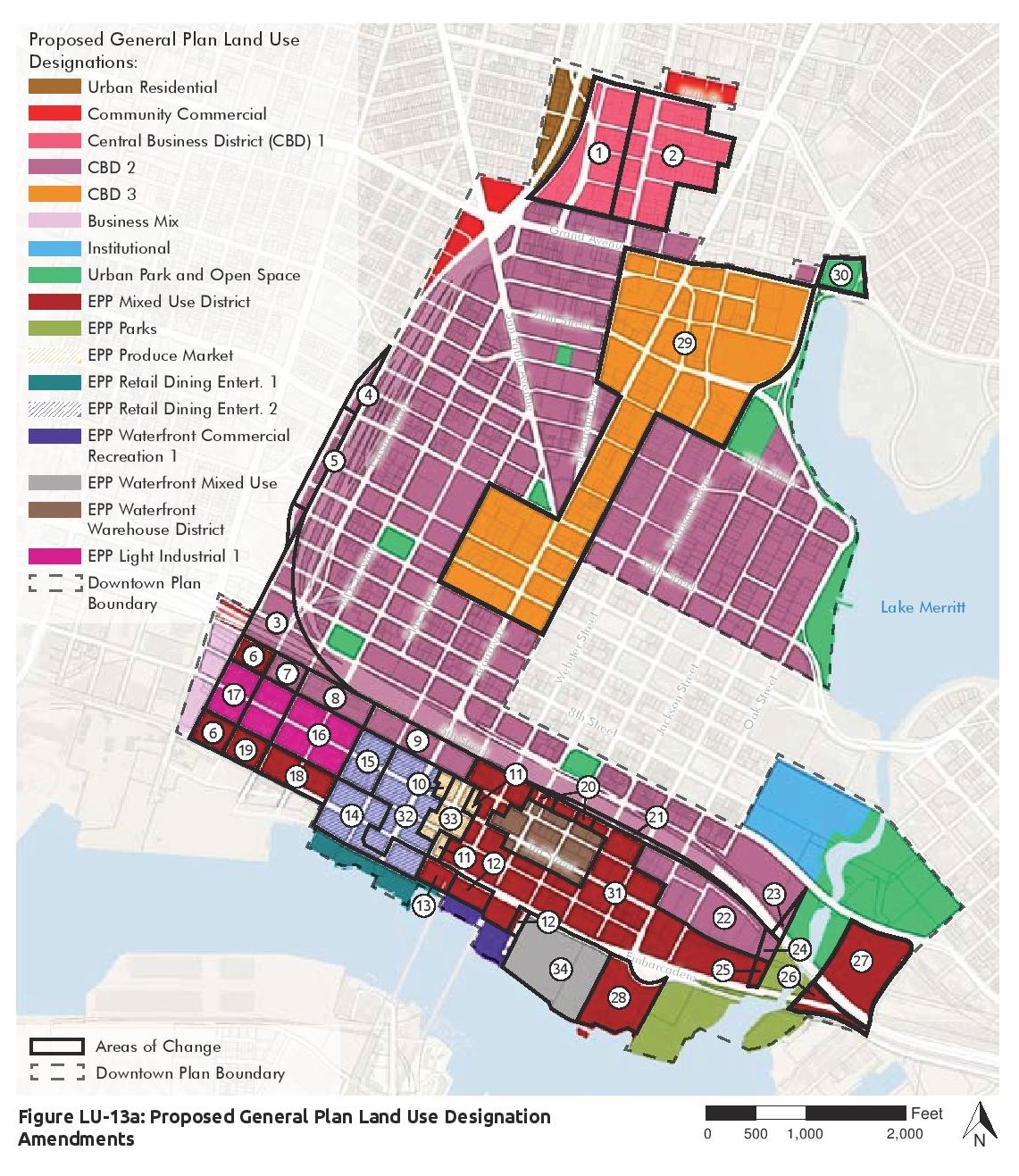 We encourage those interested in Oakland projects to review and provide feedback on the Specific Plan and/or DEIR by the City’s November 8th deadline. To read the draft Specific Plan and DEIR, visit: https://www.oaklandca.gov/documents/draft-dosp-eir. The City is accepting comments via e-mail at: [email protected].