A 7-person jury in Waco, Texas, recently returned its verdict in the first patent trial held before Judge Albright: defense verdict, no finding of infringement. In the MV3 Partners v. Roku dispute, MV3 Partners had sought over $41 million in damages against Roku, claiming infringement of one patent based on media streaming technology that included screen casting and screen mirroring.

In just over two years on the bench, Judge Albright has given talks all around the country—physically in pre-COVID times, and by video this year—making clear that he welcomes patent cases in the Waco Division of WD Texas. He also issued local patent rules upon taking the bench. Indeed, Judge Albright spoke at an event in Maryland titled, “Why You Should File Your Next Patent Case Across the Street from the ‘Hey Sugar’” (a reference to a candy store near the Waco courthouse). His pro-Waco campaign has been successful: there are currently 545 patent cases pending in the Waco division under Judge Albright, a remarkable volume in any court.

The defense verdict will lead some companies and attorneys to reconsider some of their underlying assumptions about how a Waco jury would respond to a patent case. The verdict shows that this Western District of Texas jury pool will give careful consideration to both sides of the case.

This verdict may also lead some defendants to eschew motions to transfer venues (which Judge Albright generally denies) and the costs associated with the expansive venue discovery that Judge Albright permits.

Nonetheless, given the extremely swift schedule Judge Albright sets in his cases, with trial only 18 months after the initial case management conference, and a disinclination to grant stays pending IPRs before the PTAB, Waco is likely to remain an attractive venue for plaintiffs.

During the MV3 Partners v. Roku case, before bringing the jury into the courtroom, Judge Albright expressed his approval of this particular trial and the trial-by-jury system generally, describing his role as “sit and referee and let the jury decide” and calling it the “greatest system on earth.”

Avoiding sidebars, he heard evidentiary objections during this trial in front of the jury, and his rulings resulted more often in inclusion than exclusion. For example, Judge Albright overruled the defendants’ objection seeking to preclude plaintiff’s damages expert from presenting certain opinions and evidence that allegedly reflected the application of the entire market value rule.

Conversely, the court also overruled plaintiff’s objection seeking to preclude defendant’s damages expert from presenting evidence regarding licenses that defendant’s technical expert had not provided a comparability analysis for. The court permitted defendants to present the license as being “related to” the features at issue in the case.

Judge Albright has also reportedly said that one of his top frustrations is attorneys who will not answer his direct questions. During trial, he did not hesitate to intervene to tell expert witnesses to answer yes or no to questions on cross-examination and reminded everyone that the directing attorney will have an opportunity to conduct a re-direct exam. This bend towards efficiency may also be a result of the only 14 hours each side had for evidence over 5 days, including a rebuttal case for plaintiffs. Such efficiency will require both sides to distill their cases into key arguments and force their witnesses to provide concise and non-rambling answers, which will ultimately allow for a cleaner presentation to the jury.

Judge Albright also demonstrated his trial lawyer experience in this trial by closely reviewing the evidence that was presented and denying the introduction of impeachment evidence if proper foundation was not laid.

In his first patent trial, it was clear Judge Albright took his role as “referee” seriously and presided over an efficient proceeding focused on sending the jury to deliberate with clear evidence and testimony in hand.

Patent practitioners around the country will be watching for the next patent trial in Waco, which is currently scheduled for November 16, 2020 in VLSI Technology LLC v. Intel Corporation (1:19-cv-977) according to the docket in that case, though that may be delayed. The next patent trial currently listed on Judge Albright’s court calendar is set for January 11, 2021 in Digital Retail Apps, Inc. v. HEB Grocery Company, LP. 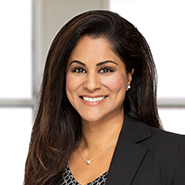 How Companies Can Stop Trade Secret Disclosure in California

When an executive, founder, or employee with access to trade secrets or confidential information leaves a company to work elsewhere, employer trade secrets might be used by a competitor. Under two laws, California’s Uniform...