On August 13, 2020, the Judicial Council of California (a body representing the California State Courts) voted to allow two previously enacted emergency rules, one halting evictions and the other halting foreclosures, to expire on September 1, 2020. The vote does not impact City and County moratoriums, which remain in effect in numerous jurisdictions.

The Judicial Council had previously passed the two emergency rules on April 6, 2020, in response to Governor Gavin Newsom issuing an executive order granting the Judicial Council the authority to take necessary action to respond to the COVID-19 pandemic. The first rule prohibited the issuance of summons in “unlawful detainer” actions (commonly referred to as eviction proceedings) unless the case involved public health or safety concerns. The second rule pertained to judicial foreclosures, and halted all pending judicial foreclosures, paused the statute of limitations for filing foreclosure actions, and extended the deadlines lenders have for exercising rights related to such actions.

The result of the two rules was that, starting April 6, 2020, landlords were effectively unable to evict tenants who failed to pay rent or remained in their premises past the lease term, and lenders were effectively unable to foreclose on borrowers who failed to make loan payments. Some jurisdictions, such as San Francisco, Los Angeles, and Alameda County, already had eviction moratoriums, but the Judicial Council rules made the restrictions applicable statewide.

Originally, the rules were set to expire 90 days after Governor Newsom declared the COVID-19 state of emergency over, which has not yet happened. However, as the pandemic stretched on, and state agencies and local governments relaxed shelter-in-place restrictions, the Judicial Council decided that the continued implementation of the emergency rules would be an overreach by the judicial branch. More specifically, that this had become a legislative matter and should be addressed by the executive and legislative branches. In a statement, Chief Justice Cantil-Sakauye, who leads the Judicial Council, said “The duty of the judicial branch is to resolve disputes under the law and not to legislate. I urge our sister branches to act expeditiously to resolve this looming crisis.” The current legislative session is scheduled to end August 31, 2020, so there is limited time for the State Legislature to take action on this matter, although multiple bills are under consideration.

As a result of the August 13, 2020 vote, starting September 2, 2020, landlords will be able to commence eviction proceedings and lenders will be able to commence judicial foreclosures if permitted under local rules. It is important to remember that, while the emergency Judicial Council rules will no longer be in effect, numerous local governments still have eviction moratoriums in place. 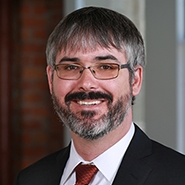 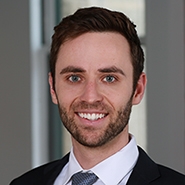