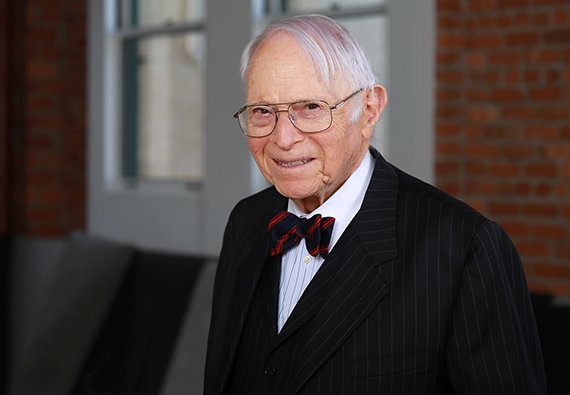 Jerome I. (Jerry) Braun and two partners founded the firm, now known as Farella Braun + Martel LLP, in 1962. In a long career at the bar, he has maintained a diverse trial and appellate practice in areas such as commercial litigation, complex and multi-district litigation, securities regulation, antitrust, and legal malpractice. He has concentrated on federal practice and on his work as an arbitrator and mediator and has served the federal courts as special master. He was the proponent of California Supreme Court Rule 29.5 (permitting certification of questions of state law by federal appellate courts). For many years he served as president of The Other Bar, a network of recovering lawyers, law students, and judges throughout California.

Mr. Braun has been active in Ninth Circuit governance issues and on behalf of Stanford University and Jewish philanthropies. He was honored by The Other Bar with its inaugural 2016 Edward Train Caldwell Service Award in recognition of “extraordinary service to The Other Bar and the California legal profession.” In 2013, he was the recipient of the Hazelden Legal Professionals Program’s second annual “Hazelden Excellence in Legal Community Leadership Award.” In 2005, Mr. Braun was awarded the Ninth Circuit’s highest accolade, the John P. Frank Award, recognizing an outstanding lawyer practicing in the federal courts of the western United States. In 1999, he received the American Inns of Court Professionalism Award as “a senior lawyer practicing in the Ninth Circuit whose life and practice display sterling character and unquestioned integrity, coupled with ongoing dedication to the highest standards of the legal profession and the rule of law.”

Mr. Braun authored many articles in professional and scholarly publications, including articles on the precedential value of unpublished opinions, a comprehensive study of the California anti-SLAPP law in the U.C. Davis Law Review, and another article on the anti-SLAPP law in the McGeorge Law Review. He has been selected for inclusion in The Best Lawyers in America in the area of Appellate Law since 2007.