John S. Martel, who joined the firm in 1964, is a veteran of over 100 trials with but four losses. His legal expertise covered a wide range of practices including antitrust and securities litigation, leasing disputes, construction litigation, banking services, insurance defense, and trade regulation.

Jon tried major cases of all kinds, all across the United States. In 1968, for example, a Richmond, Virginia jury awarded his antitrust plaintiff the highest verdict in the history of the State. In 1978, he represented the Bank of America and its subsidiary in lengthy hearings before an Administrative Law Judge in Philadelphia and Washington, D.C. against market concentration charges, obtaining a favorable ruling. In 1979, he was matched against ex-mayor Joseph Alioto in a fraud/antitrust case, and successfully represented the Robert Mondavi Winery in the highly publicized two-month Krug-Mondavi trial. In 1981, John successfully defended the Hearst Corporation, the San Francisco Examiner and the San Francisco Chronicle in a three-month federal jury trial involving a landmark antitrust battle.

He was a frequent contributor to law reviews, (including articles such as “Fair Trial vs. Free Press in Criminal Trials”, California Law Review, 1959 and “Judicial Application of the Newspaper Preservation Act”, Brigham Young University Law Review, 1984). He lectured at the Hastings’ Center for Trial and Appellate Advocacy (where he served on the Advisory Council) on the handling of expert witnesses and was a guest speaker and panelist in various other law-related seminars nationwide. John also served as a consultant to other trial lawyers on matters of trial strategy, jury selection, and expert testimony. He was asked to serve as consultant to the Los Angeles County District Attorney’s Office in the Simpson case and the second Menendez case.

The National Law Journal profiled John as among the top 10 trial lawyers in the nation and he was listed for more than a decade in Best Lawyers in America.

Sarah Bell is presenting "Emerging Contaminants and the Law (Right Now)" during the "Contaminants of Emerging Concern and Superfund: What Lies Ahead" session discussions on November 18 at the SETAC North America 42nd Annual Meeting.  Details...

‘A Seismic Shift’: How California Law Firm Leaders Are Managing Through Continued Uncertainty

Farella Braun + Martel Managing Partner Brian Donnelly spoke with  The Recorder  for the article "‘A Seismic Shift’: How California Law Firm Leaders Are Managing Through Continued Uncertainty" discussing what law firm leaders have...

Cannabis Farms in the Neighborhood: Water, Contaminants and Other Proximate Matters (Webinar)

Join Farella's Buzz Hines and guest speakers, Kari Campbell-Bohard from EpicVeg and Lompoc Valley Cooling and Robert Schultz from Geo Blue Consulting, in the discussion on "Cannabis Farms in the Neighborhood: Water, Contaminants and... 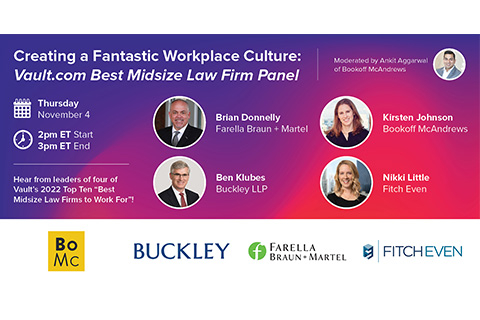