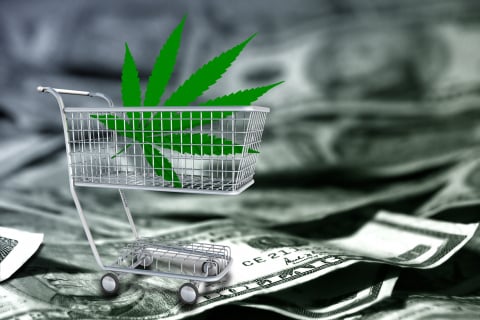 Represented the joint venture of Hines, Urban Pacific Development, and Goldman Sachs to secure approval for the construction of a 61-story, 800-foot tall mixed-use tower adjacent to the Transbay Terminal on Howard St. known as Transbay Parcel F. It will be the fourth-tallest building and second tallest residential tower in San Francisco.

In the face of well-organized opposition, we assisted Seven Hill Properties resist a CEQA appeal to the San Francisco Board of Supervisors and obtain entitlements for a mixed-use project in San Francisco's Mission District.

Obtained a use permit and variance from Napa County to allow this premium winery to convert an existing residence on an adjacent property into a new hospitality center for the existing winery.  The new facilities will accommodate up to 150 visitors per day for private events such as dinners and wine-education programs.

Assisted the Freemasons of California and concert promoter Live Nation in obtaining permits to reposition the historic Masonic Auditorium as a major concert venue, including the successful defense of several lawsuits challenging the approvals.

After obtaining land use entitlements, including general plan amendments, rezoning and conditional use approvals for the 55 Laguna mixed-use development project located at the former University of California Berkeley Extension Campus in San Francisco, we prevailed in the Superior Court and Court of Appeal (unpublished decision) defending client AF Evans Development, Inc. in a CEQA lawsuit challenging the City of San Francisco's approvals for the project (Save the Laguna Street Campus v. City and County of San Francisco, et al.). 55 Laguna provides multifamily apartments, affordable senior units, public spaces, and retail space. The project includes a combination of new construction, the adaptive reuse of three historically significant buildings and the demolition of two others, which was the focus of the litigation.

Represented SFMOMA in obtaining land use approvals for a major expansion of its facilities in the Yerba Buena district of San Francisco, including new galleries to display the Doris and Donald Fisher Collection.  The project included the relocation of a City fire station off-site, acquisition of City property, air rights and right-of-way, and the replacement of two historic resources with the museum addition and new fire station.

Land use and real estate counsel to a partnership of AvalonBay and BRIDGE Housing seeking to purchase a 13-acre vacant reservoir site from the City and County of San Francisco and develop an 1,100 unit mixed-income development, including negotiation of a land disposition agreement, general plan amendments, rezoning and development agreement.

Represented Live Nation in defeating a last-minute appeal of the entertainment permit authorizing Live Nation to present a summer concert series in conjunction with the America’s Cup sailing races in a temporary 9,000-seat pavilion at San Francisco’s Piers 27/29.

Assisted the Institute on Aging and BRIDGE Housing Corporation in obtaining land use entitlements to demolish the vacant Coronet Theater in San Francisco’s Richmond District and replace it with a mixed-use project containing two floors of health and social services for seniors and low-income senior rental units above.  In the face of intense opposition from some immediate neighbors, we obtained unanimous votes from both the San Francisco Planning Commission and Board of Supervisors, and successfully defended the project’s EIR and use permit in San Francisco Superior Court.

Counsel to a partnership of Hines, Goldman Sachs and Urban Pacific to entitle a 750-foot tall mixed use tower (office, hotel and residential) that will be the fourth tallest in San Francisco immediately adjacent to the under construction Transbay Terminal and a 550-foot residential tower nearby.

Assisted Hyatt Equities with defending the Grand Hyatt's favorable position in a limited queue of hotel rooms eligible for conversion to condominiums in the face of an appeal by UNITE HERE, the local hotel workers' union.

Counsel to Pacific Eagle, a Singapore based investor/developer, in obtaining land use entitlements for two hotel projects in San Francisco. 555 Howard is a 385-foot mixed hotel/residential tower in the Transbay District that will be the first commercial building in San Francisco designed by Renzo Piano Building Workshop.

Representing NetApp, Inc. with land use entitlements, property acquisition and construction agreements related to the expansion of its Sunnyvale, Calif. campus.

Counsel to The Related Companies in obtaining environmental clearance, rezoning and land use entitlements for the 1500 Mission Street Project that will couple over 550 units of rental housing with a new office building and permit center to be design/built by Related for the City and County of San Francisco.

Obtained entitlements for the subdivision of a large site near Lake Merced in southwestern San Francisco into 121 lots for the construction of 182 single-family homes and duplexes.  After defeating an administrative appeal of the project's mitigated negative declaration, we successfully defended the project approvals in the Superior Court and California Court of Appeal, and successfully defended a separate Superior Court challenge to the City's issuance of a tree removal permit.

Counsel to Shorenstein Properties in obtaining land use entitlements for a 305-unit residential project in San Francisco’s Mid-Market/Tenderloin neighborhood, including the drafting and negotiating of an ordinance authorizing a unique off-site affordable housing strategy in order to resolve an appeal of the project’s permit.

Land use and real estate counsel to Group I in obtaining land use entitlements, including enactment of a special zoning exemption, for construction of a mixed use hotel/residential/retail project in San Francisco Mid-Market/Tenderloin neighborhood and negotiating a hotel services agreement.

Counsel to Archstone in obtaining land use entitlements for two 400+ unit residential projects in San Francisco’s South of Market and Potrero Hill districts.

In 2016, we obtained land use entitlements for a controversial residential project in San Francisco’s Mission District at 2000 Bryant Street, dubbed the “Beast on Bryant” by project opponents, including obtaining a unanimous vote at the Board of Supervisors to reject an appeal of the project’s CEQA exemption and large project authorization. We worked extensively with the Mayor’s Office of Housing and Community Development to fashion a land dedication alternative to satisfy the project’s inclusionary housing obligation and enable MOHCD to build a 100% affordable development on a portion of the project site.

Obtained the land use entitlements for our client Urban West Associates of San Diego to construct two high-rise residential towers atop San Francisco's Rincon Hill, one of 59 stories and the other of 47 stories, totaling 709 condominiums and townhouses. Our representation included negotiating a General Plan amendment and rezoning for the entire Rincon Hill area, obtaining a height limit increase from 200 feet to 550 feet, obtaining permits to demolish a historic structure on the site, negotiating a feasible impact fee package and the formation of a Mello-Roos community facilities district to finance those fees.

Provided land use advice for a residential project in San Francisco.