SAN FRANCISCO, June 25, 2020: Today, the National Community Reinvestment Coalition (NCRC) and the California Reinvestment Coalition (CRC), represented by Democracy Forward and Farella Braun + Martel, filed suit against the Office of the Comptroller of the Currency (OCC) for unlawfully eviscerating the vital anti-redlining rules put in place under the Community Reinvestment Act (CRA). The CRA was passed to combat redlining and ensure banks lend and invest in low- and moderate-income communities and communities of color. OCC issued its new rule despite the fact that it will decrease investment in low- and moderate-income communities and communities of color — contrary to the purpose of the CRA. And, in violation of the Administrative Procedure Act, OCC lacks data to support the rule and ignored community stakeholders’ comments raising major problems with OCC’s approach. NCRC and CRC — two nonprofit organizations founded to ensure underserved communities have access to capital and financial services — are suing to ensure the OCC follows the law and protects lower-income communities as the CRA requires.

“The new rules weaken requirements for banks to lend to lower-income borrowers and communities, which is the whole point of the law,” said Jesse Van Tol, CEO of NCRC. “To make matters worse, it is clear that the OCC ignored the vast majority of community organizations’ dissenting comments. Even most banks don’t want these new rules put into place, and they still are unsure what it will take to implement them. It is also clear that the OCC has not done the proper data collection and analysis to understand how their arbitrary rule changes will impact the communities CRA is designed to help most, even before the global pandemic and racial justice protests changed the dynamic. We have been left with no choice but to file suit against the OCC to protect our most vulnerable and underserved communities.”

“It is clear that the Trump administration is waging war against communities of color not just in the streets, but also through administrative regulation. Dismantling the Community Reinvestment Act, seminal civil rights legislation, is the latest example of the Administration’s attacks on homeowners and small businesses owned by people of color, immigrants, and women,” said Paulina Gonzalez-Brito, Executive Director of the California Reinvestment Coalition. “The OCC rule change comes at a time when millions of people are at risk of losing their homes and more than 90% of small businesses did not get access to PPP loans. This decision not only seeks to silence community voices, but coupled with the aftermath of the pandemic, will increase poverty and deepen racial inequities.”

Former Comptroller of the Currency Joseph Otting made undermining the CRA the hallmark of his tenure as the head of OCC. His overhaul has been roundly criticized by other federal bank regulators, and neither the Federal Reserve nor the Federal Deposit Insurance Corporation (FDIC) — the two other agencies charged with administering the CRA —joined the final rule. After issuing the rule, Otting immediately resigned.

“Amid a pandemic, the ensuing economic downturn and urgent calls for racial justice, the Trump administration has unlawfully weakened measures meant to protect communities of color from the discriminatory practice of redlining,” said Democracy Forward Executive Director Anne Harkavy. “We’ve filed suit to ensure OCC follows the law and reconsiders its ill-conceived changes, which OCC’s sister bank agencies recognized were the wrong choice for communities across America.”

The CRA was enacted to address the practice of redlining and secure access to financial services for communities of color and low- and moderate-income communities — services that have long enabled affluent, white communities to build wealth. The CRA imposes an obligation on banks to meet the financial needs of the communities in which they do business — taking the deposits they receive from a given community and reinvesting them in that same community, instead of investing elsewhere.

Despite these Obligations, OCC Unlawfully Issued a New Rule That Would:

OCC rammed these changes through despite widespread concern voiced by community groups like NCRC and CRC, the vast majority of commenters — including a coalition of 22 states led by California — and even the banks themselves, who voiced “serious concerns” about the changes.

OCC kept the public in the dark throughout the rulemaking process as it worked to weaken the CRA’s protections. OCC not only publicly criticized and tried to silence groups like NCRC and CRC for their opposition to the proposed changes, but also withheld key data and analysis about its decision-making. It has repeatedly failed to comply with Freedom of Information Act requests submitted by Democracy Forward, NCRC, and CRC, necessitating litigation to compel compliance.

On Friday, the U.S. House of Representatives is expected to begin consideration of a joint resolution to override OCC’s new rule under the Congressional Review Act.

The suit was filed on June 25 in the U.S. District Court for the Northern District of California. Read it in full here. 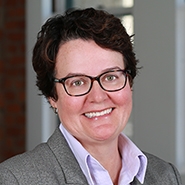 Join Chandra Andrade and Rebecca Stephens at our next Cannabis Industry Education Series discussing "Preparing Your Cannabis Business for California’s New Employment Laws in 2022."  Each year in California, the new year brings new...

The Office of the Comptroller of the Currency (OCC) released its final rule on December 14 completely rescinding the agency's harmful 2020 Community Reinvestment Act (CRA) rule that unlawful gutted anti-redlining rules. The OCC...