Background regarding non-recourse carve-outs:  Guarantors believed they had control over liability

The standard for real estate financing of stabilized properties over the past decade has been a non-recourse loan structure, where the lender agrees that the borrower will not have personal liability for any failure to repay the loan, provided that the borrower and a guarantor of the borrower accept liability for certain “non-recourse carve-outs.”  The rationale behind this structure was that the lender would take the risk of the property declining in value below the loan amount, provided that the borrower or its principals did not commit any “bad acts” that would worsen the lender’s position.  Such “bad acts” fall into two categories of carve-outs:  (a) partial-recourse carve-outs for certain actions (e.g., the misappropriation of rents or insurance proceeds) that trigger the liability of the guarantor for the lender’s actual losses suffered on account of such actions; and (b) full-recourse carve-outs for certain actions (e.g., the voluntary filing of a petition for bankruptcy) that trigger the liability of the guarantor for the entire loan amount.

In two cases from Michigan[i], a Michigan state appellate court and a federal district court applying Michigan law each found that a non-recourse loan became fully recourse to the borrower and the guarantor, when the borrower became insolvent.  As is typical of most non-recourse carve-out guaranties, these guaranties included a provision under which the guaranty would be triggered if the borrower became insolvent.  Such provisions had been assumed to apply only if a borrower or principal deliberately caused the borrower to become insolvent (e.g., by draining it of all its assets or encumbering it with excessive additional indebtedness).  Instead, these courts found that the clauses applied if the borrower became insolvent for any reason.  Because virtually every borrower that is unable to pay its debt service as it comes due or that holds a property worth less than the loan amount will be technically “insolvent,” these Michigan cases have the effect of transforming the non-recourse carve-out guaranty into a full guaranty of the loan, without regard to any “bad acts.”[ii]

So far, California has not adopted this line of reasoning

Thus far, no California court has reached a similar outcome.  A recent California case,[iii] however, shows how aggressive lenders have become in pursuing guarantors.  The lender in the California case sought to impose full recourse liability on a guarantor arguing that a tenant’s abandonment of its leased premises constituted a violation of a full-recourse carve-out for termination of a lease without the lender’s prior consent.  The California court ultimately found for the guarantor based on its determination that the borrower had not accepted the surrender of the premises or taken any other actions that would constitute a termination of the lease.

Lenders are seeking a backdoor to full recourse through strict enforcement of the terms of non-recourse carve-out guaranties.  Borrowers in default or workout situations should take particular note of this trend and review their loan documents closely with counsel before taking any actions.  Going forward, owners of commercial real estate and their attorneys will want to carefully review and negotiate the terms of all non-recourse carve-outs to ensure that, except in certain limited circumstances,[iv] events that are beyond the control of the borrower or do not constitute its bad acts will not provide a future basis for recourse liability.

Please feel free to contact Tony Ratner at Farella Braun + Martel LLP with any questions.  We would be happy to review your loan documents and answer any questions.

[ii] While the Michigan legislature responded only months later by passing The Nonrecourse Mortgage Loan Act (full text available at http://legislature.mi.gov/doc.aspx?mcl-Act-67-of-2012), providing that a solvency covenant cannot be used as a non-recourse carve-out under a non-recourse loan, this legislation is expected to attract significant legal challenges.

[iv] For example, if a lender agrees to waive one of its customary requirements, such as the maintenance of certain types of insurance, it may require a partial recourse carve-out for any costs it incurs as a result of such waiver.  While such a carve-out may be triggered by events beyond a borrower’s control, the carve-out may be acceptable to the extent the borrower will benefit from the waiver and has had an opportunity to assess any associated risk. 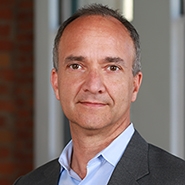 On August 13, 2020, the Judicial Council of California (a body representing the California State Courts) voted to allow two previously enacted emergency rules, one halting evictions and the other halting foreclosures, to expire...