IP Law December Developments: What to Expect in the Future

December has been a hot month for IP law, with important developments in several cases that may significantly impact your intellectual property prosecution and enforcement strategies. Here is a brief summary of each of these cases, as well as potential ramifications.

The latest development in this never-ending saga features the first design patent case before the Supreme Court since the 1880s. In a December 6, 2016 decision that foreshadows a potential dip in the value of design patents, the U.S. Supreme Court held that “[i]n the case of a multicomponent product, the relevant ‘article of manufacture’ for arriving at a §289 damages award need not be the end product sold to the consumer but may be only a component of that product.” (emphasis added). The Supreme Court, however, declined to articulate how to determine what the relevant “article of manufacture” is, leaving that to the lower courts.

Ever since Apple sued Samsung in the Northern District of California back in 2011, alleging that certain Samsung smartphones infringed several of Apple’s design patents, interest has been mounting in this somewhat forgotten form of IP. A jury in 2012 found that Samsung infringed Apple’s design patents, and awarded Apple all of Samsung’s profits on the infringing smartphones pursuant to 35 U.S.C. §289. After some post-trial motions and pre-judgment interest, damages totaled $399 million. Controversy quickly surrounded the design patent statute, which states that patent holders will recover the infringer’s total profits for any “article of manufacture” to which the patented design is applied. In 2015, the Federal Circuit affirmed the award, rejecting Samsung’s argument that the profits awarded should have been limited to a smaller component because the “innards of Samsung’s smartphones were not sold separately from their shells as distinct articles of manufacture to ordinary purchasers.”

Now that the Supreme Court has articulated that damages for design patent infringement can be based on a component of a product (regardless of whether that component was sold separately), one clear ramification is that most design patents will not be valued as highly as they were immediately after the 2012 jury verdict. In addition, while the Supreme Court’s clarification may rightsize many design patent cases, this decision could lead to some undervaluing of truly innovative design patents that contributed to the sales of the overall products. As a result, businesses and inventors should be looking to diversify their IP portfolio beyond obtaining design patents. For example, more emphasis may be placed on copyright protection and designs may be altered to incorporate more ornamental elements to distinguish a unique design from its function. For some designs, a renewed interest in trademark or trade dress protection may emerge, especially if the design can be argued to connote or represent a particular brand or company. Finally, if there are innovative ways in which the designed product is manufactured or replicated, then a utility patent may still prove to be a valuable form of protection.

In a closely watched case that potentially affected any business that participated in the Internet, a jury in San Jose ruled in favor of Arista Networks, finding that Arista had no liability for using hundreds of command-line interfaces (CLIs) in its networking switches that Cisco Systems had developed over a decade ago. The CLIs developed by Cisco are used by all networking companies to enable one network router to talk to another network router in order to send and receive data, thereby building the backbone of the Internet. While the jury found that Arista had copied Cisco’s CLIs and rejected Arista’s fair use and merger defenses, the jury ultimately concluded that Arista’s copying was permissible due to the doctrine of scénes á faire. This doctrine limits copyright protection when there are a limited number of ways to create that particular expression. Here, Arista persuaded the jury that the naming convention used by Cisco for its CLIs, which consisted of short 4-to-5 word expressions, should not be entitled to copyright protection because there was no other feasible way to name these command-line interfaces.

This outcome will be cheered by those who espouse an open network. Many industry players in the growing Internet of Things (IoT) field were closely watching this case to see what parts of the IoT ecosystem could be protected by copyrights. Another important implication from this case is the ramifications from Cisco’s decision to encourage industry-wide adoption of its CLI commands for years, in hopes of becoming the industry standard network switch provider. The perceived reversal by Cisco to enforce its copyrights after years of encouraging wide-spread adoption may have colored jurors’ minds. That same tension existed in the Oracle v. Google case that also concluded recently in the Northern District of California, where a jury found that Google’s copying of the Java APIs was protected under the doctrine of fair use. There, Oracle had also encouraged adoption of the Java APIs before suing Google for copyright infringement. In light of the jury’s finding of a scénes á faire defense here (and the finding of fair use in Oracle v. Google), businesses must carefully consider the impact of pushing for industry-wide adoption of one’s technology on any future effort to enforce IP and exclude future entrants from the market.

On December 14, 2016, the Supreme Court granted writ of certiorari in TC Heartland v. Kraft Food, a potentially landmark case focused on the question of proper venue for patent cases. This particular case has drawn a lot of attention because it could potentially change the landscape on where patent cases can be filed, and could spell the end of venues like the Eastern District of Texas as a forum for patent litigation.

Kraft Food brought a patent infringement suit against TC Heartland in Delaware in 2014. TC Heartland unsuccessfully moved to have the suit transferred to the Southern District of Indiana, where it is based. TC Heartland petitioned for a writ of mandamus, but the Federal Circuit denied the petition based on its prior ruling in VE Holdings Corp. v. Johnson Gas Appliance Co. In VE Holdings, the Federal Circuit interpreted two statutes concerning venue and held that a patent lawsuit could be filed wherever an infringing act occurs. TC Heartland’s petition argues that only one statute governs venue for patent cases, 35 U.S.C. §1400, which states that “[a]ny civil action for patent infringement may be brought in the judicial district where the defendant resides, or where the defendant has committed acts of infringement and has a regular and established place of business.”

Should the Supreme Court agree with TC Heartland’s interpretation of the venue statutes, future patent cases can only be filed where defendants reside or where defendants have an established place of business. This will have a significant impact on the patent litigation landscape, potentially leading to more patent litigation cases being filed in California and Delaware and a corresponding decrease in the Eastern District of Texas. 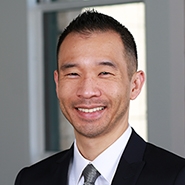