Yesterday, the Ninth Circuit Court of Appeals issued in the long-running Pakootas v. Teck Cominco Metals, Ltd. litigation another important decision further defining the scope of liability under the federal Comprehensive Environmental Response Compensation and Liability Act (CERCLA). Carefully interpreting the statutory language and its prior decisions, the Ninth Circuit ruled a defendant could not be liable for cleanup costs or natural resource damages caused by a facility’s airborne emissions of hazardous substances, even if those airborne emissions later result in soil or water contamination. Reversing the district court’s opinion, and running counter to CERCLA’s usual liberal interpretation and broad sweep of liability, the Ninth Circuit decision curtails what otherwise would have resulted in a dramatic expansion for industry of potential cost recovery and natural resource damage liability.

The opinion results from an ongoing and long-running lawsuit by the Native American Tribe and State of Washington to recoup cleanup costs and natural resource damages resulting from the century-long operations of the Teck Cominco smelter in British Columbia. During an earlier phase of the lawsuit, the smelter owner-operator was found liable as a CERCLA “arranger” for its historic discharges of slag into the Columbia River that migrated across the border and into the United States.

In the midst of the litigation, the Plaintiffs sought to amend their Complaint to allege sediment, surface water and soil contamination resulting from the smelter’s decades of air emissions. Plaintiffs argued that hazardous substances emitted from the smelter into the atmosphere were carried by air currents across the border and caused widespread water, sediment and soil contamination of the Upper Columbia River area. Plaintiffs’ theory was that these airborne emissions and subsequent deposits to land and water constituted CERCLA “disposals” of hazardous substances that triggered expansive CERCLA liability.

The Eastern District of Washington granted Plaintiffs’ motion to amend their Complaint, rejecting the smelter operator’s argument that, to trigger CERCLA liability, the “disposal” must be made directly to land or water. The smelter operator later sought reconsideration when the Ninth Circuit issued its decision in Center for Community Action and Environmental Justice v. BNSF Railway Company, 764 F.3d 1019 (9th Cir. 2014) holding a “disposal” under RCRA did not include “emitting” hazardous wastes into air. The district court distinguished Center for Community Action, and found that, even though CERCLA incorporates the statutory definition of “disposal” from the Resource Conservation and Recovery Act (RCRA), CERCLA’s different purpose allowed a different interpretation of the term. Nevertheless, recognizing the important and unusual question posed, the district court certified the question for immediate appellate review.

In this decision, the Ninth Circuit reversed and left no room for ambiguity. Reiterating its holdings from Center for Community Action and other prior decisions under CERCLA, the three Ninth Circuit judges universally concluded that, as with RCRA, the CERCLA definition of “disposal” excludes airborne emissions. Interestingly, the Ninth Circuit indicated they seriously entertained Plaintiffs’ theory and statutory interpretation, but concluded they were bound by their prior en banc decision in Carson Harbor that “the term ‘deposit,’ as used in CERCLA, “is akin to ‘putting down,’ or placement” by someone and that ‘[n]othing in the context of the statute or the term ‘disposal’ suggests that Congress meant to include chemical or geologic processes or passive migration.’” Carson Harbor Vill., Ltd. v. Unocal Corp., 270 F.3d 863, 879 (9th Cir. 2001) (en banc).

Given these prior decisions, and its own statutory interpretation, the Ninth Circuit agreed a CERCLA “disposal” must be made initially and directly to land or water, and not first to the air with a later deposit onto land or water. The holding avoids a dramatic expansion of potential CERCLA liability and related laws for cleanup costs and natural resource damages. Moreover, had the Ninth Circuit affirmed, it would have created a significant conflict with the existing regulatory structure of the Clean Air Act.

This decision is not the final answer. Last year, an Ohio district court declined to follow the Ninth Circuit’s decision in Center for Community Action, and held that stack emissions of chemical particulates became a RCRA “disposal” of hazardous waste when the particulates reached the ground. Moreover, in an amicus brief filed during the Pakootas appeal, the federal government argued for an expansive view enabling EPA CERCLA enforcement at sites contaminated from airborne emissions. Given Executive Branch action on climate change and air contamination since the U.S. Supreme Court’s decision in Massachusetts v. EPA, one can foresee that other courts will be asked to resolve the same question, and ultimately the Supreme Court may need to render the final word on whether airborne emissions of hazardous substances can be actionable under CERCLA. 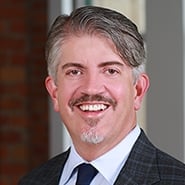