On May 1, 2015, the minimum wage within the city limits of San Francisco will rise to $12.25 per hour.  All employers, regardless of where their facilities are located, must pay this new minimum wage for all hours worked to any adult or minor employee who (1) performs at least two hours of work a week within the geographic boundaries of the San Francisco city limits, and (2) is otherwise qualified to receive the state minimum wage.  The employee need not live in San Francisco in order to be entitled to this new minimum wage.  The law exempts only youths under 18 in government-subsidized training programs or people over 55 at some government-subsidized nonprofits.

The increase is the result of a November 2014 voter-approved ballot measure, Proposition J, which gradually raises the San Francisco minimum wage according to the following schedule: 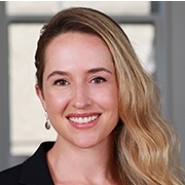