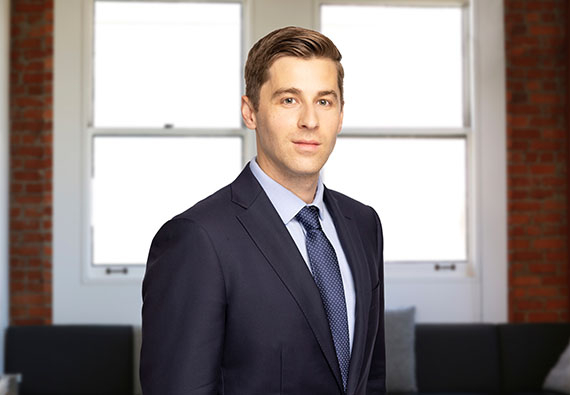 Tom Pardini represents clients in intellectual property litigation and other commercial disputes, with a focus on trade secret and patent infringement matters. He has been a key member of several trial teams and is experienced with all phases of complex litigation. Tom has conducted direct and cross-examinations at trial and arbitration, argued dispositive motions in federal and state court, and taken and defended numerous depositions.

Tom brings a high-level strategic approach to his cases, distilling difficult issues to the most essential points that can win over a judge or jury. He recently drafted the winning summary judgment motion in a patent infringement matter with a large damages figure, securing non-infringement of all the asserted patents. Tom has also successfully defended against several preliminary injunction motions in trade secret disputes. His experience spans a range of technologies, including autonomous vehicle development and LIDAR, mobile apps, semiconductors, and video streaming.

Tom maintains an active pro bono practice with an emphasis on Constitutional law. He has represented a prisoner convicted by a non-unanimous jury in a Sixth Amendment matter, as well as a family bringing suit for an unlawful search under the Fourth Amendment. He assists clients with immigration and asylum proceedings, and managed a team analyzing state-by-state domestic violence laws to create a national database.

Protecting “What Not to Do” as a Negative Trade Secret

“Negative trade secrets”—i.e., secret know-how about what does not work—are generally protectable in California, but in practice have proven challenging for courts and litigants to discern.  While a trade secret is a company’s intellectual...