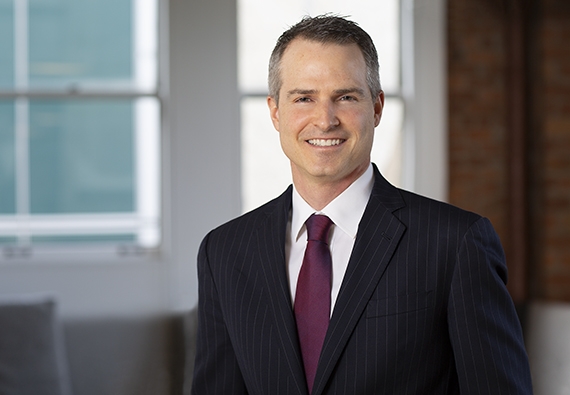 Christopher Wheeler litigates high-stakes, complex civil matters, with a focus on antitrust and other business disputes.

Chris has handled antitrust matters in Northern California and across the country. In the antitrust class action against Sutter Health, a case that Sutter maintained “implicat[ed] California’s entire healthcare industry,” he led the Farella team that, along with the California Attorney General and co-counsel, obtained a $575 million settlement and historic injunctive relief on behalf of a certified class of California employers, government entities, and union trusts. The settlement represents the largest all-cash settlement in the history of California state court. As Harvard Business School Professor Leemore Dafny, one of the nation’s leading healthcare economists, stated in the Los Angeles Times, “This settlement has provided a marker for the rest of the nation.” Chris was named a California Lawyer Attorney of the Year by the Daily Journal in 2022 in connection with his work on Sutter Health.

State attorneys general across the nation have recognized Chris’s antitrust expertise, retaining him in connection with both merger and conduct cases. The Rhode Island Attorney General retained Chris to lead the antitrust investigation of the $4 billion merger between the two largest health systems in Rhode Island. Following the Attorney General’s administrative decision denying the merger, the transacting parties abandoned the proposed transaction.

Chris brings a background in economics and market regulation to his antitrust and complex litigation practice. During the U.S. financial crisis, he served as vice president and deputy director of the Committee on Capital Markets Regulation, where he led one of the first investigations into the regulatory failures contributing to the crisis. Chris began his career at the Federal Reserve Bank of New York.

Chris’s trial and litigation experience is varied. He successfully defended a leading Silicon Valley company in a patent license arbitration against a competitor—backed by one of the world’s largest private equity firms—that was seeking tens of millions of dollars in unpaid royalties. Following three years of litigation and an evidentiary hearing lasting 25 days, the arbitrator sanctioned the competitor for more than it recovered in unpaid royalties. Chris also has prosecuted and tried to verdict a number of criminal cases as a “loaner” Assistant District Attorney in the San Francisco District Attorney’s Office.

As a participant in the Bar Association of San Francisco’s Federal Pro Bono Project, Chris maintains an active pro bono practice. He has represented indigent tenants in unlawful detainer actions and victims of elder abuse. Chris also has won political asylum for refugee families, including a Laotian Hmong veteran of the CIA “secret army” and three generations of survivors of the Liberian civil war.