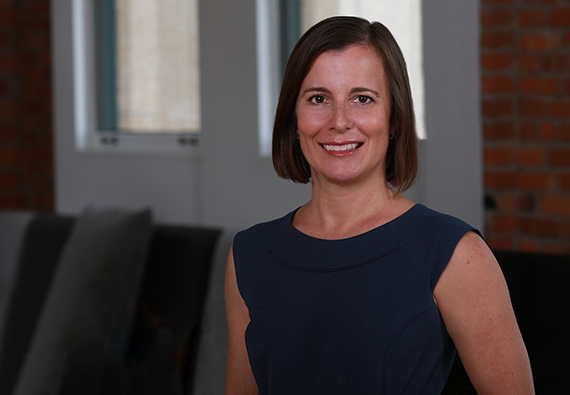 Served as co-counsel in litigation alleging infringement of patents for a vector for the expression of polypeptides. The cases were resolved by favorable settlements for Novartis.

Defended lab testing company in suit alleging fraud and breach of fiduciary duty in connection with disclosures made relating to the value of assets to be sold to Quest.

Lead counsel to major pharmaceutical company in series of arbitrations regarding licensing of blood screening technology and interpretation of licensing terms.  Prevailed and obtained an award of attorneys’ fees.

We represented Genentech in an arbitration proceeding concerning the royalties due the plaintiff under a research and license agreement regarding recombinant DNA technology, which resulted in the issuance of two patents and the development and commercialization of two highly successful anti-cancer drugs.

Represent UFCW & Employers Benefit Trust (UEBT) and a certified class of direct purchasers of hospital services in seeking preliminary approval of a historic settlement reached on the eve of trial in the landmark antitrust class action against Sutter Health, the largest hospital system in Northern California. Sutter has agreed to pay $575,000,000 in monetary relief and to comply with comprehensive injunctive relief, including an independent monitor who will police Sutter’s compliance with the proposed final judgment over a 10-year period.

Defended Micro Power Systems, Inc. in a multi-million dollar suit for breach of contract, fraud and conspiracy resulting from failed acquisition negotiations.  Obtained judgment for the defendant, and then acted as lead counsel in a trial in Santa Clara Superior Court before the Honorable Conrad Rushing to successfully establish alter-ego liability against the principals of MPS Acquisition, Inc. to enforce recovery on cross-complaint. Obtained a verdict in favor of plaintiffs on all issues, which was affirmed on appeal.

Represented Novartis in a series of arbitrations arising out of technology licensing agreements.

Defended a nationwide leasing company in a class action alleging deceptive marketing practices, including violations of the Unfair Competition Law, the False Advertising Law, the Consumer Legal Remedies Act, and common law fraud and unjust enrichment. We derailed the plaintiffs' case at the outset of the litigation by obtaining a trial court order staying all claims against our client based on a forum selection clause that required the plaintiffs to bring their claims in another state. We then successfully settled the matter on favorable terms.

We represented Chiron Corporation (now Novartis) as a plaintiff in this patent infringement action in the Northern District of California. The case involved the patent for a vaccine for the Hepatitis C virus, as well as antitrust counterclaims.

Successfully defended Japanese manufacturer Dainippon Screen against patent infringement and trade secret claims brought in the United States District Court for the Western District of Washington. Obtained summary judgment of non-infringement in our client's favor based on application of prosecution history estoppel, and summary judgment dismissing all other claims and an award for attorneys' fees in favor of our client. The district court judgment was affirmed in all respects by the Federal Circuit.

Represented a class of homeowners in a trial relating to sale of defective products.

Represented an Atlanta-based software development company and its officers in connection with copyright and trade secret claims arising out of the development and sale of a popular software program.

Represented Visa in connection with claims against Maritz arising out of Maritz's attempt to develop and deploy a points based rewards program for Visa and its members.

Represented board member and co-owner of entity contracted to provide privatized housing for military personnel and their families as a defendant in two suits for fraud (in California and Georgia) and a federal grand jury investigation out of Virginia. Issues include breaking into federal facilities, insurance fraud, and other frauds. Monterey Bay Military Housing v. Pinnacle Monterey, et al. and Fort Benning Family Communities, et al.

Plan for Off-Shore Turbines Likely To Generate Many Billable Hours

David Lazerwitz provided commentary in the Daily Journal article "Plan for Off-Shore Turbines Likely To Generate Many Billable Hours."  In the article, David noted that we are still a long way from actually developing...

In Verizon Communications Inc. v. National Union Fire Insurance Co. of Pittsburgh, Pa ., the Delaware Superior Court ruled that Verizon was entitled to a defense under its D&O policy for fraudulent transfer claims. Although...

Farella Managing Partner Statement in Support of the Jewish Community

Farella Braun + Martel Managing Partner Brian Donnelly’s message to the firm honoring Memorial Day and statement in support of our Jewish colleagues, clients, and communities. Memorial Day is a time to pay tribute to the fallen...

Join Tony Schoenberg and Jonah Trotz with guest speakers Marsha Ramsey and Margaret Duskin of Cushman & Wakefield in the discussion on "Eviction Moratoriums and Commercial Leasing: Current Issues." The pandemic has had wide ranging...