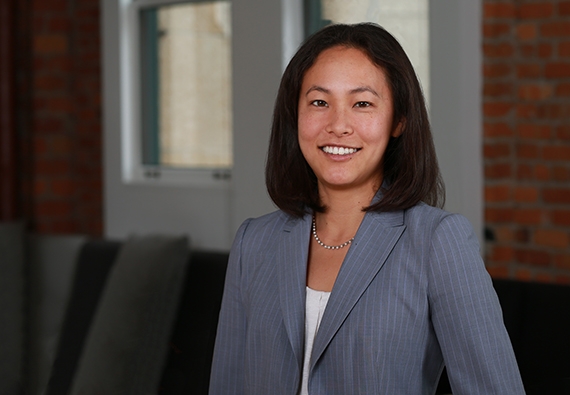 The U.S. Supreme Court resolved a split among the Circuit courts over whether severance payments are “wages” and thus subject to taxation under the Federal Insurance Contributions Act (FICA). In a unanimous ruling in March, the Court reversed the Sixth Circuit and held that most severance payments made to terminated employees are subject to the FICA tax, which is currently 7.65 percent for the employer and 7.65 percent for the employee (for a combined rate of 15.3 percent). As a result, the government will not need to pay out over $1 billion for approximately 2,400 refund claims that are currently pending.

The United States v. Quality Stores decision clarifies that employers and employees may be able to avoid the FICA tax on severance pay through Supplemental Unemployment Benefits (SUB) plans, which are linked to the receipt of state unemployment insurance (UI) benefits. SUB benefits are exempt from employer FICA, FUTA and State Unemployment Tax Act taxes and employee FICA taxes. Companies that implement a SUB plan today can supplement the receipt of their former employee’s amount of state UI benefits, thereby significantly reducing their severance costs.

While in most cases the costs and administrative burden involved in satisfying these criteria will not be cost effective, employers conducting large-scale layoffs now have clearer guidance on structuring severance programs to avoid FICA taxes and withholdings.

Subsequently, Quality Stores received permission from 1,850 former employees to pursue FICA refunds on their behalf. Quality Stores brought suit in bankruptcy court for approximately $1 million in refunds. The bankruptcy court, district court and U.S. Court of Appeals for the Sixth Circuit all concluded that the severance payments were not taxable, contrary to holdings in the Third, Eighth and Federal Circuits.

In overturning the Sixth Circuit, the Supreme Court examined both FICA and the Internal Revenue Code (IRC). First, the Court held that severance payments are encompassed in FICA’s broad definition of “wages.” FICA defines wages as, “all remuneration for employment, including the cash value of all remuneration (including benefits) paid in any medium other than cash.” Severance payments fall within this definition—they are payments made only to employees based on their grade, level and years of service. In that sense, the court likened severance payments to other benefits employees receive, including health and retirement benefits, stock options, or merit-based bonuses. The Court further pointed to FICA’s statutory history, specifically Congress’ repeal of a provision that stated that wages did not include dismissal payments.

Second, the Court held that IRC § 3402(o), relating to income tax withholding, does not limit the meaning of “wages” for FICA purposes. The parties had stipulated that severance payments constitute “supplemental unemployment compensation benefits,” or SUBs. Under IRC § 3402(o), a SUB “shall be treated as if it were a payment of wages by an employer to an employee for a payroll period.” Quality Stores reasoned that because the statute says SUBs shall be treated “as if” they were wages, it necessarily means that SUBs are not wages. The Court rejected this argument, holding that simply because SUBs are treated “as if” they were wages does not mean that they are all categorically not wages. Furthermore, IRC § 3402(o) was enacted for the limited purpose of protecting against state laws that made a person ineligible for state unemployment benefits if he or she received wages, which would defeat the purpose of SUBs as a “second-level protection against layoff” that supplement state unemployment benefits. For this reason, Internal Revenue Service rulings have found that SUB payments tied to eligibility for unemployment compensation are not wages under FICA. The Court notably left this practice intact.

Thus, the court held that Quality Stores’ severance payments to employees terminated against their will, that were varied based on position and length of employment, and were not linked to state unemployment benefits, fell under FICA’s broad definition of wages. Therefore, the severance payments were taxable.

On its most basic level, Quality Stores puts to rest any question as to whether standard severance payments are subject to FICA taxes—they are. However, the ruling leaves open an exception for employers to avoid FICA taxes by tying payments to the receipt of state unemployment benefits and not paying it in a lump sum. The savings provided by SUB plans may well be worth the administrative exercise where severance is being offer to a large group.

Benefits to the employer include:

Benefits to the employee include:

Employers wishing to take advantage of the SUB exclusion should consult with an attorney to ensure that the arrangement meets the different state unemployment benefit regulations. For large reductions in force, the tax benefits available may outweigh the administrative costs for the employer, and structuring the severance program would increase the total severance value to the employees.

Doug Dexter is a partner and chair of the employment practice group in Farella Braun + Martel’s San Francisco office. He can be reached at [email protected]. Kelly M. Matayoshi is an associate in Farella’s business litigation and employment groups. She is based out of the firm’s San Francisco office and can be reached at [email protected].

Reprinted with permission from the July 14, 2014 issue of Corporate Counsel. © 2014 ALM Media Properties, LLC. Further duplication without permission is prohibited. All rights reserved.