Both the Board of Forestry and the State Senate are considering changes to state fire regulations that would affect real estate development in California.

The first set of changes can be found in the board’s proposed FireSafe regulations. These regulations require substantial road improvements for new development in state responsibility areas and also prohibit development on ridgelines in high-fire-risk areas.

A set of proposed regulations was circulated last autumn, with a revised draft this spring, which stated that the new regulations would be adopted in July and become effective Oct. 1.

A public comment period ended in June, and the Board of Forestry received over 300 comments from concerned members of the public. At a June 22 hearing, the board received public testimony, and several dozen people spoke. That hearing was continued with no action being taken.

Based on recent communications, we have learned that the board is reviewing the public comments and will be reaching out to some of the commenters regarding possible changes to the proposed regulations.

This gives property owners some opportunity to weigh in on the process. Although we do not yet know the timeline for adoption of new regulations — nor what the final regulations will look like — it seems unlikely that any new regulations would take effect before the end of the year.

At the same time, the State Senate is considering SB 12, which would establish a more comprehensive set of policies for wildfire resilience, to be followed by the adoption of further regulations by the State Fire Marshal’s Office.

The distinguishing feature of SB 12 is that it allows local agencies (cities and counties) greater flexibility to adopt their own fire regulations, so long as those regulations are equal to or more protective than the state standards.

This would give more authority to local agencies to craft regulations that are better suited to local conditions, and to tailor the regulations to individual circumstances.

The Board of Forestry regulations, by contrast, would afford less flexibility to local agencies and retain greater state authority. For example, the proposed regulations would limit the authority of local agencies to issue exceptions from the board’s road standards.

How would the Forestry and Senate rules work together?

One major concern at this time is the lack of clarity regarding the interplay between the two sets of regulations.

For example, the board regulations would apply to all access roads from a subject property to the nearest collector road. In certain circumstances in more rural counties, this could be a distance of several miles and could make development on an individual parcel prohibitively expensive.

In contrast, SB 12 contains ambiguous language suggesting that the board jurisdiction extends only over the roads on a subject parcel, and not offsite roads

We are uncertain whether this was an intentional provision or simply a lack of clarity in the Senate bill. This example, however, is indicative of the complexity of the various regulatory schemes being proposed.

Rather than one overarching set of regulations by the states, there are two competing sets of regulations that have different review authorities, different standards, and address different aspects of fire resilience. Taken together, this creates something of a legal muddle for citizens or property owners attempting to follow the proposals and plan their developments accordingly.

We would argue for a stronger delegation of authority to local agencies, with the state agencies simply providing guidelines rather than mandates.

In our experience, local agencies are the most familiar with the varying local topography, weather conditions, access routes, and environmental conditions that contribute to fire risk.

In general, local agencies are often in the best position to determine what types of fire mitigation are most appropriate: these may include road improvements, but they might also include hardening of structures, clearing of brush, improvement of water systems, and other measures.

This is particularly true in the case of single-family residential development on an existing hillside parcel. Simply requiring a paved road with ample shoulder — up to 20 feet in the proposed Board of Forestry regulations — may not be feasible. And more importantly, it may not be the most effective means of fire mitigation.

Statewide solutions may not work locally

And it is worth noting that here in the North Bay, much of our hillside development is a single-family residence on an existing legal lot, not a large-scale subdivision as in many other regions. Balancing the risks and benefits to a single property is a different calculus than when dealing with a larger development.

In addition, if the regulations are so stringent as to stifle all development, then existing residential properties or property owners will be reluctant to make improvements for fear of triggering the new state standards.

This results in a lose-lose unintended consequence, where property owners fail to take action and properties are neither improved nor rendered more fire-safe.

Although those of us in California’s North Coast Wine Country are keenly aware of the risks of wildfire, we also recognize the need to marshal resources wisely and make the most efficient and effective fire mitigation possible. This analysis needs to be done on a case-by-case basis, and local agencies are best suited to this task.

We will remain involved with both the proposed Board of Forestry regulations and SB 12 and hope to have opportunities to steer the approval process in a more practical direction.

We also encourage members of the public to familiarize themselves with both proposals and to contact their local political or elected representatives to share their concerns and perspectives on realistic ways to make our communities fire-safe, using methods that are actually achievable. 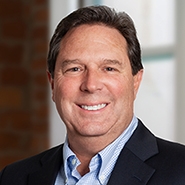