Per- and polyfluoroalkyl chemicals (PFAS) are synthetic, human-made compounds that were manufactured in the United States beginning in the 1940s and have been used in a wide range of industries. Because they repel oil and water, PFAS chemicals were used in numerous consumer products, including nonstick pans, outdoor gear, raincoats, and food packaging.

PFAS were also widely used in industrial processes, including in operations involving chrome plating, electronics manufacturing, and in firefighting foams. Indeed, the use of firefighting foam at airports, military bases, and firefighting training sites is a major source of PFAS in groundwater in such areas.

PFAS chemicals tend to persist in the environment. Two of the most prevalent PFAS, perfluorooctanoic acid (PFOA) and perfluorooctane sulfonate (PFOS), have been detected in groundwater in many areas throughout the United States, particularly where these chemicals were manufactured, used in manufacturing or industrial operations, or in areas associated with firefighting work and training.

For now, the federal Superfund law – the Comprehensive Environmental Response, Compensation, and Liability Act of 1980 (CERCLA) – does not identify PFOA, PFOS, or any other PFAS as “hazardous substances.” Nor has the federal government issued maximum contaminant levels (MCLs) or other legally enforceable limits for PFAS in drinking water. Nonetheless, the U.S. Environmental Protection Agency (EPA) has added PFAS sites to its Superfund list. And some states have developed enforceable cleanup standards or issued MCLs for certain PFAS in drinking water.

EPA is apparently moving forward with regulating PFAS. Last month, EPA released an update to its 2019 PFAS Action Plan. As explained in 2019, EPA is evaluating regulation of PFAS, including designating certain compounds as “hazardous substances” under CERCLA, setting enforceable MCLs for drinking water, and/or developing regulatory standards for PFOA or PFOS at cleanup sites. EPA is also considering release reporting for PFAS.

In its February 2020 update, EPA reported that it has developed interim groundwater cleanup recommendations for CERCLA cleanup sites and Resource Conservation and Recovery Act (“RCRA”) corrective action sites. EPA has also begun the process to regulate PFOA and PFOS in drinking water and to add PFAS to the Toxics Release Inventory.

For industry, the regulations contemplated by the PFAS Action Plan would have significant implications. For example, adding PFAS chemicals to the CERCLA hazardous substances list could dramatically impact CERCLA cleanups by expanding the number of cleanup sites, increasing the number of responsible parties, and increasing cleanup costs – not to mention the possibility that closed sites might be reopened to address PFAS.

As of now, a growing number of states, nonprofits, and individuals are suing regarding PFAS contamination and exposure. These suits present major liability risks to PFAS manufacturers and industries that historically used PFAS in their operations. In one of the earliest PFAS lawsuits, Minnesota pursued 3M for liability associated with PFAS in groundwater near a 3M industrial facility. That case settled in 2018 for $850 million.

In January, Michigan sued 3M, DuPont, and 15 other chemical manufacturers, alleging that they concealed the dangers of PFASs, withheld scientific evidence, and contaminated the environment. New Mexico, Vermont, and Washington have also filed PFAS-related litigation, while New Hampshire, New Jersey, and New York have filed suits against firefighting foam producers and distributors as well as PFAS chemical manufacturers. And just last month, a group representing more than 31,000 rural utility systems sued more than 20 companies, including 3M and DuPont, to recover the costs to clean up PFAS in groundwater resulting from the use of firefighting foam products.

Nonprofits have also sought to address PFAS contamination through litigation. In February, Earthjustice filed a lawsuit on behalf of nonprofits representing communities in Ohio, Texas, Illinois, and California, alleging deficiencies in the U.S. Department of Defense’s (“DOD”) environmental review of plans to burn millions of gallons of firefighting foam (allegedly an expansion of ongoing efforts to incinerate unused stockpiles of firefighting foam).

Personal injury cases also present a significant potential source of liability. For instance, residents of Parkersburg, West Virginia, sued DuPont in 2001, for injuries from PFOA contamination in the waterways surrounding DuPont’s manufacturing facility. In 2017, DuPont and Chemours Co. settled roughly 3,550 of these pending cases for over $670 million.

Industry should be aware that while EPA’s progress towards regulating PFAS has been slow, states, nonprofit groups, and individual plaintiffs have been taking action regarding these “forever chemicals.” Litigation regarding PFAS is increasing, states are stepping into the regulatory void and setting MCLs and cleanup standards, and EPA has begun adding PFAS sites to the Superfund list.

Sarah P. Bell is a partner and John M. Ugai is an associate in Farella Braun + Martel’s San Francisco office. 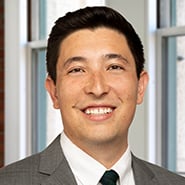