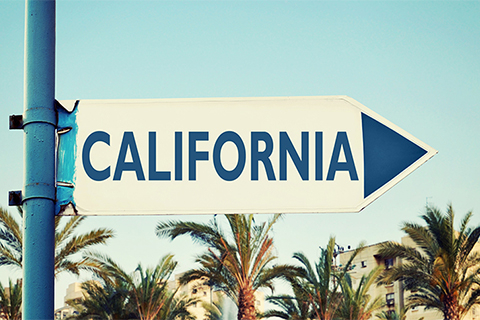 The Federal Circuit Court of Appeals granted Adobe Inc.’s writ of mandamus petition seeking to transfer a patent case from the U.S. District Court for the Western District of Texas to Adobe’s home forum in the Northern District of California.

After a 3-week jury trial in Eastern District of Texas, successfully defended start-up CNEX Labs in a bet-the-company case against all claims of trade secret misappropriation, CFAA, RICO, and tortious interference brought by Huawei Technologies and Futurewei Technologies and attained a finding of misappropriation of trade secrets against Huawei in the field of SSD controller technology.

We defended the co-founder and former Chief Technology Officer of a software company against claims alleging trade secret misappropriation (among others) after he took a position with a rival company.  Our vigorous defense of this matter included a successful summary judgment motion and opposing an appeal that followed.

Defended Adobe Systems in a five-patent case relating to signal abstraction technology involving 70+ defendants. We successfully obtained a transfer of venue from the Eastern District of Texas to the Northern District of California followed by a judgment of non-infringement. Argued appeal before Federal Circuit seeking recovery of attorney's fees.

Represented Google in the Federal Circuit Court of Appeals seeking affirmance of a Northern District of California ruling that a digital rights management patent was invalid. The Federal Circuit ruled in favor of our client, affirming invalidity of the asserted patents.

Appointed by federal court Judge William Alsup of the Northern District of California, John Cooper is serving as “special master” in Waymo’s trade secrets case against Uber, putting him at a focal point of what could be seen as a battle for the future of the autonomous vehicle industry.

We obtained a unanimous verdict in a three-week patent jury trial for our client Volterra Semiconductor in the United Stated District Court for the Northern District of California upholding the validity of Volterra's key patents for flip chip integrated power switches against challenges by defendants Infineon and Primarion. Infringement in favor of our client had been determined prior to trial as a result of key rulings we obtained in favor of Volterra in connection with claims construction and summary judgment proceedings.

Obtained a non-infringement judgment for defendants Motorola Mobility and Quickoffice Inc. on 47 mobile devices in a patent case in the U.S. District Court for the Eastern District of Texas. Judgment was upheld on appeal.

Defended Google in the U.S. District Court for the Eastern District of Texas in a four-patent case relating to multi-process web browsers. The case is currently pending a post-trial invalidity decision based whether the reissue patents improperly recaptured disclaimed subject matter under 35 USC section 251.

We defended Sonic Solutions in litigation filed in the Eastern District of Texas by Actus LLC, a patent holding company, that asserted infringement claims on four patents relating to an electronic payments system directed at companies offering prepaid gift cards and online payment options for customers.  We were able to obtain an early favorable settlement for Sonic to avoid further costly legal proceedings.

In re Lithium Batteries Antitrust Litigation

Represented Dell in lithium batteries antitrust litigation as class opt-out plaintiff in federal multidistrict litigation against suppliers of lithium ion batteries for alleged price-fixing of the batteries which are used in laptops.